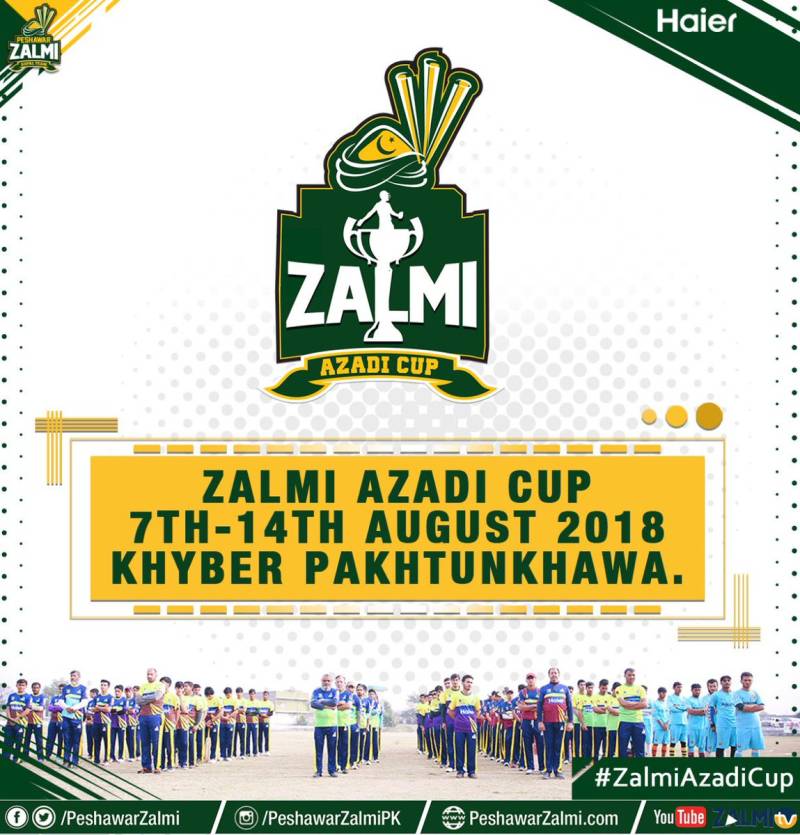 Peshawar Zalmi Chairman Javed Afridi said, "The prime objective of holding the event is to mark the Independence Day celebrations and provide a platform to the youth to showcase their talent yet again."

He said that  Peshawar Zalmi had taken lead by coming up with different ideas to engage the youth in cricket events which have proved a big success.

LAHORE - Former Pakistan Super League Champion, Peshawar Zalmi, has received another great honour for being the most ...

Afridi said that there was dire need to strengthen the base of cricket and this tournament is yet another step forward to identify new cricket talent, which will be shortlisted for further grooming.

The #ZalmiAzadiCup, conducted through @ZalmiFoundation, aims to provide a platform to the youth to display their talent in front of the larger audience. The event will add to the festivities of the independence day which is of great significance. pic.twitter.com/nwTrj2wfv3

To further enhance the excitement of the youth for the Independence fever, he said Azadi Cup will have 60 teams which will be competing against each other. Top 6 teams will go for the final rounds.

"The players who benefited from the Zalmi Haier 100 pitches project will be seen in action in the Azadi Cup, said Javed adding that his foundation believes that the practice they had done on these pitches will be put to good use in the event.

He further added that Zalmi Foundation is determined to create cricket playing and cricket related activities and it is always coming up with new and improved ways to take this mission forward.

The final of the tournament will be played on independence day, August 14.