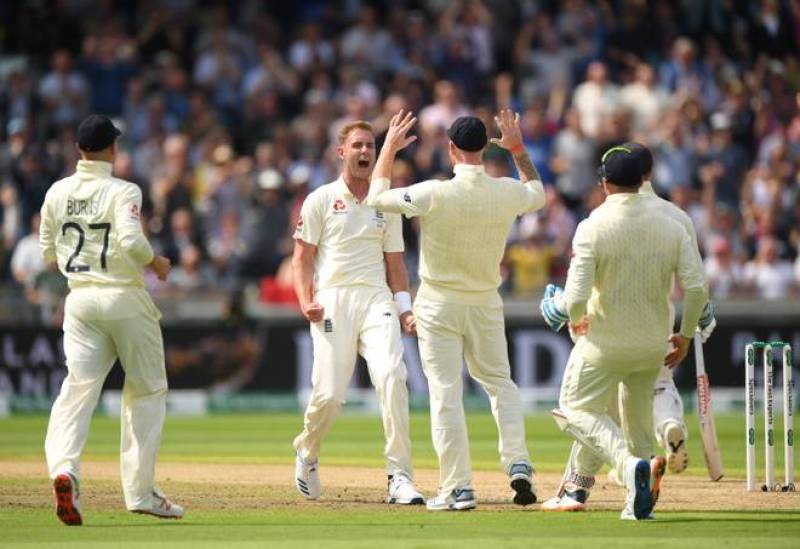 BIRMINGHAM - Australia captain Tim Paine won the toss and decided to bat in the first Ashes Test against England at Edgbaston on Thursday.

Ashes-holders Australia have not won a match of any kind at Edgbaston since 2001, while England have won their past 11 internationals at the Birmingham ground.

Australia are looking for their first Ashes series win in England in 18 years.

"The wicket looks nice and hard and dry," said Paine at the toss. "Hopefully we post a good total and we've got (off-spinner) Nathan Lyon up our sleeve at the back end of the game."

As expected, the visitors included all three players given lengthy bans for their roles in a ball-tampering scandal in South Africa last year -- David Warner, Cameron Bancroft and former captain Steve Smith.

Openers Bancroft and Warner knew they would be booed on their way to the middle, judging by the hostile reception Warner and top-order batsman Smith received during the recent World Cup in England and Wales.

They did not have to wait even that long to face the boo-boys, with the Australia team as a whole jeered onto the field for a pre-match anthem ceremony -- an unusual occurrence before a Test match in England .

Reserve wicketkeeper Matthew Wade was included as a specialist batsman after making three hundreds for Australia A on their tour of England .

Usman Khawaja was also back in the top order following a hamstring injury that cut short his involvement in the World Cup, which saw Australia defeated by eventual champions England in an Edgbaston semi-final.

"He's a class performer there," said wicketkeeper Paine. "He complements the other two seamers really nicely."

But there was no place for World Cup spearhead Mitchell Starc. England captain Joe Root named his side on Wednesday.

James Anderson, England 's all-time leading wicket-taker, returned after missing last week's win in a one-off Test against Ireland at Lord's. But World Cup hero Jofra Archer was left waiting for a Test debut after struggling with a side injury.

Root had no qualms about losing the toss, saying: "I'm not disappointed at all. It's overcast conditions. It'll be nice to get off to a good start.

"We've go so many great options to go to, especially with the ball. This morning is a great opportunity to exploit that.

"We love playing here, we get fantastic support wherever we go. The atmosphere here in particular is extremely exciting."

The Edgbaston match is the first of a five-Test series and the first of the ICC's new World Test Championship, with players' names and squad numbers displayed on the backs of their shirts for the first time in this format.