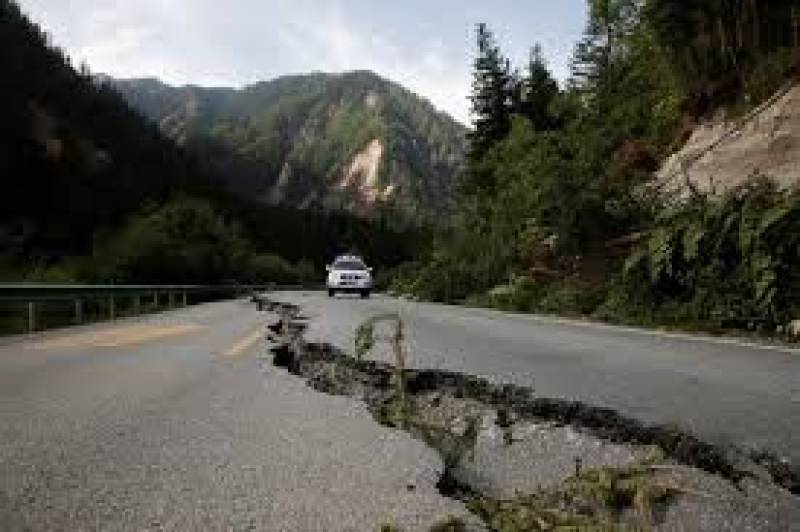 PESHAWAR – An earthquake measuring 4.8 on the Richter scale hit parts of Khyber-Pakhtunkhwa on Sunday.

Reports in local media cited that the earthquake struck Mingora city, Swat along with other adjourning areas while no casualties have so far been reported so far.

Meanwhile, the area residents, following the tremours, panicked and came out of their residences.

Pakistan Meteorological Department (PMD)'s seismic monitoring centre said the depth of the earthquake was measured to be 178 kilometres, while the bordering area of Pakistan, Afghanistan, and Tajikistan was identified as the epicentre of the earthquake.

Last month, earthquake tremors measuring 5.3 on the Richter's scale were felt in the Malakand Division of Khyber Pakhtunkhwa.

PESHAWAR – Earthquake tremors measuring 5.3 on the Richter's scale were felt in Malakand Division of Khyber ...