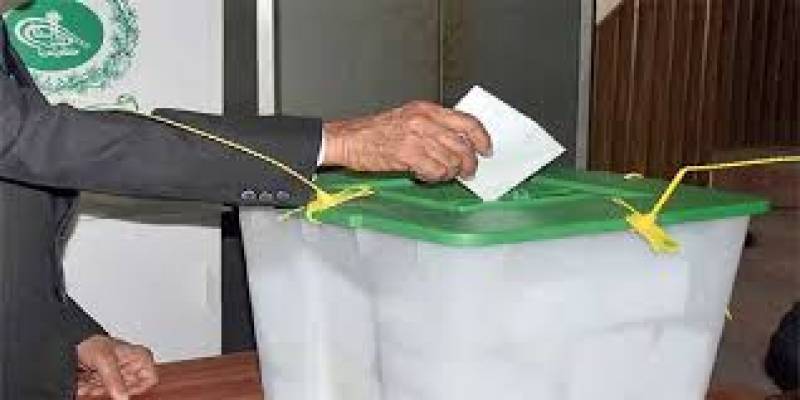 MUZAFFARABAD — The ruling Pakistan Tehreek-e-Insaf (PTI) has extended its lead in the Azad Jammu and Kashmir Legislative Assembly by winning three seats reserved for women.

The Pakistan People’s Party (PPP) and the Pakistan Muslim League-Nawaz (PML-N) secured one seat each, the election commission announced on Sunday.

All five candidates won unopposed. Imtiaz Naseem, Sabeha Sadique and Kausar Taqdees Gilani of the PTI won the reserved seats. Nabila Ayub of the PPP and Nasaran Abbasi of the PML-N also won the special seats.

Ten candidates had submitted their nomination papers for the reserved seats. However, five of them withdrew their names later.

Polling on three other reserved seats — one each for technocrats, ulema-o-mashaikh and overseas Kashmiris — will be held on Monday as more than one candidate is contesting in each category.

Following the latest results, PTI has 29 seats in the AJKLA, PPP 12 and PML-N seven.

On July 29, the PTI won the LA-16 Bagh 3 seat of the AJKLA, but the results were withheld until re-polling on four polling stations, after clashes brought polling to a halt on July 25.

In the polls on July 25, the PTI emerged the largest winner with 25 seats, PPP came in second place with 11 seats and the PML-N won six seats.

All four polling stations were declared highly sensitive by the district administration. As a result, stringent security arrangements had been made. This included deployment of 400 police officers and commandos.