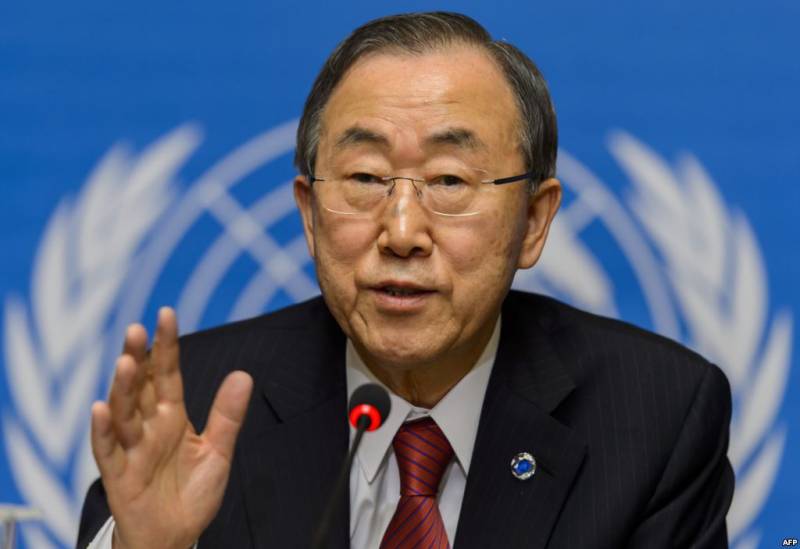 In a statement issued by Ban Ki-moon's spokesman Mr Stephane Dujarric the United Nations welcomes a direct interaction between prime ministers of both the countries and expects that such meeting will result in resumption of a bilateral dialogue to disperse tensions between India and Pakistan.

Earlier on first day of UN summit Prime Minister Nawaz Sharif held an informal meeting with Indian PM Narendra Modi when two leaders shook hands in a lobby of the Conference Centre and then sat down on a sofa where they were seen talking animatedly.