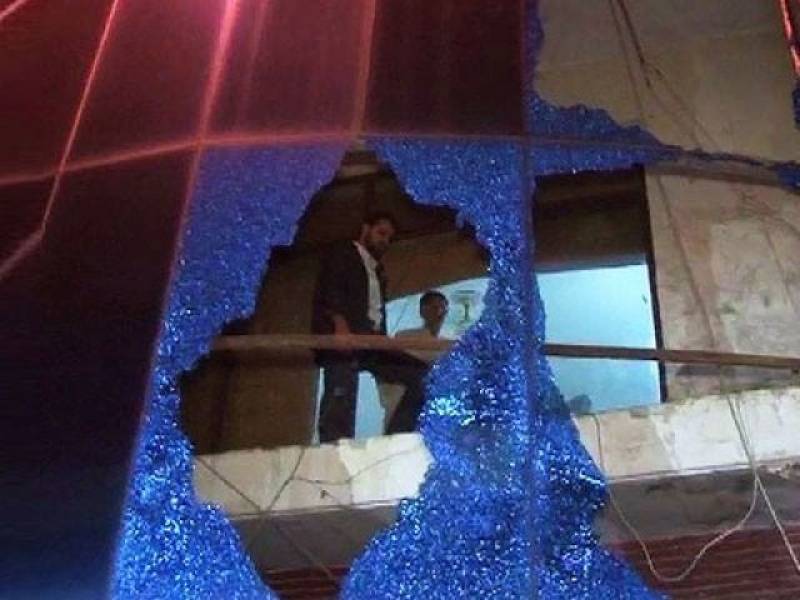 LAHORE (Staff Report) - At least four people including two policemen got injured in an attack, reportedly carried out by Islamic State of Iraq and Syria (ISIS), on the head office of a Pakistani TV channel in Gulberg area of Lahore Cantonment.

Eyewitnesses said the attacker threw a hand grenade towards the Din News building along Jinnah Flyover, before fleeing the scene.

The blast hit just metres from the entrance to the main building, sending a column of smoke rising above buildings.

Few vehicles parked at the building got partially damaged after the explosion and area was littered with glass as the windows of the building broke.

Police and other security agencies immediately rushed to the site. The area was sealed for a brief time and later on opened for traffic.

Rescue workers shifted the injured to the nearby hospitals who were discharged after treatment.

Police sources told Daily Pakistan that they found pamphlets belonging to ISIS - also known as Daesh - from the site.

Panic and harassment has gripped the residents of the busy locality, following the blast.

The office is located near Cavalary Ground area of Lahore Cantt.