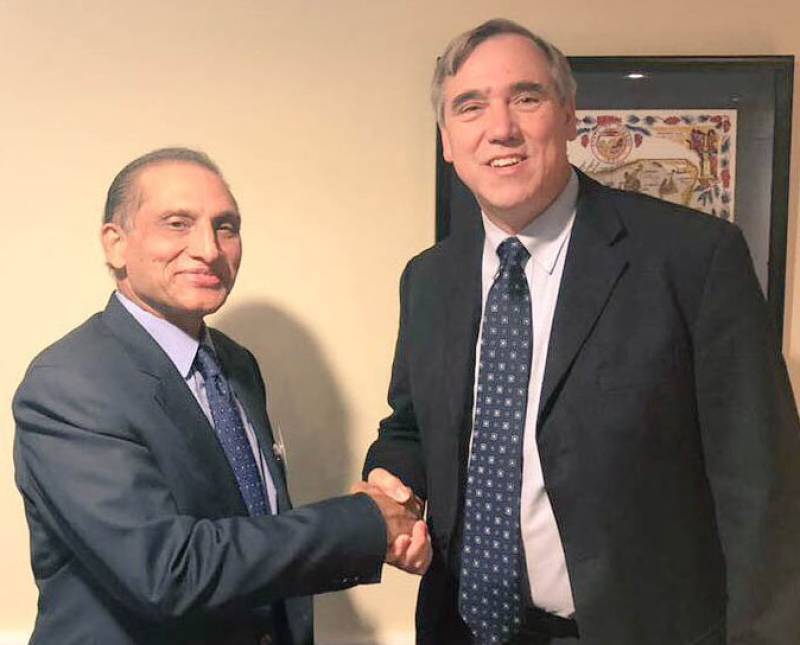 ISLAMABAD - Pakistan’s Ambassador to the US, Aizaz Ahmad Chaudhry during a meeting with US Senator Jeff Merkley (Democrat-Oregon) who serves on the Senate Foreign Relations and Appropriations Committees of US on Capitol Hill, has said that Pakistan had made great strides in the fight against terrorism by driving out militant groups from the country.

Ambassador Aizaz gave Senator Merkley an overview of Pakistan-US relations. He informed the senator that Pakistan had made great strides in the fight against terrorism by driving out militant groups from the country. As a result, terrorist incidents had shown a marked decline in recent times.

Meanwhile, an improved security environment and economic stabilization were driving foreign investors' interest in the country.

During the meeting, he gave a detailed overview of Pak-US relations to the US Senator.

Highlighting Pakistan’s perspective on the new US strategy for South Asia, Aizaz Chaudhry said Pakistan wants to work with the United States to bring peace in Afghanistan as Pakistan’s economic and security gains are at risk from continued instability in Afghanistan.

He said a comprehensive political process is required to achieve lasting peace in Afghanistan.

On the occasion, Senator Merkley appreciated Ambassador Chaudhry’s briefing and agreed on the need that Pakistan and the United States should work together in the bilateral domain, and for bringing peace and stability to Afghanistan.