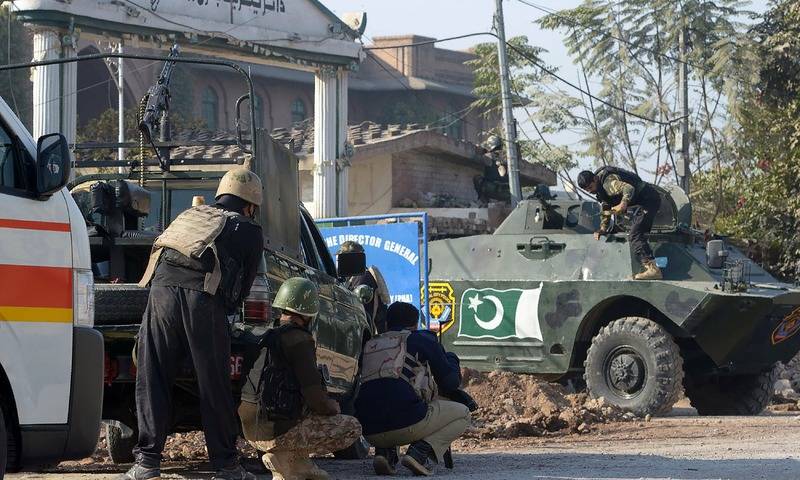 PESHAWAR - At least nine people, including six students were killed and over 30 injured after three terrorists, equipped with heavy weapons, on Friday launched a strike at the hostel of Agricultural Training Institute in Peshawar.

As per the details, the terrorists crashed into the building in a rickshaw, opened fire targeting the guards at the entrance gate and then headed towards the hostel. 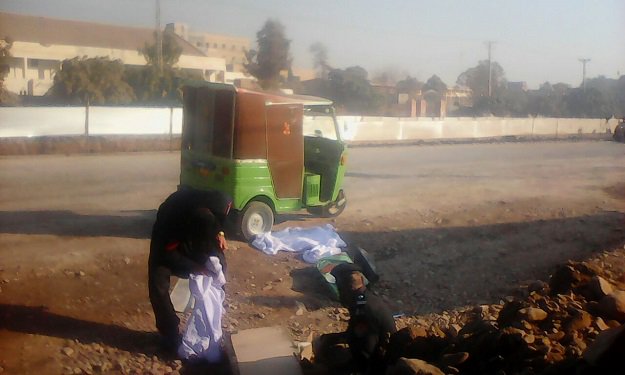 Due to holiday on the eve of Eid Milad-un-Nabi, the hostel was officially closed. A witness said that there are 400 people in hostels, but today 150 were present due to the holiday.

The injured, including a station house officer (SHO), constable, army soldiers, and students have been shifted to Khyber Teaching Hospital and CMH for treatment.

Following the incident, a heavy contingent of police, FC and Pakistan Army troops reached the site and cordoned off the area, besides sealing all roads leading to the directorate.

Peshawar SSP Sajjad Khan reached the scene in his sleeping dress as he learnt about the attack in order to lead his team. 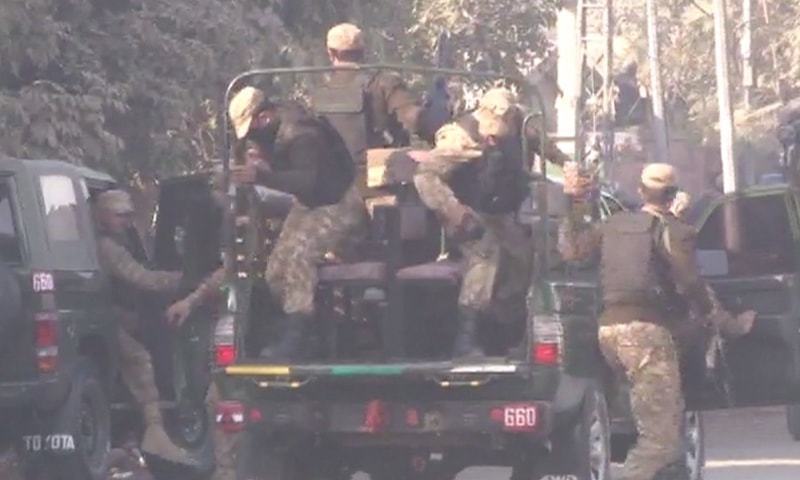 A gunbattle continued between forces and the attackers for over an hour and the forces successfully killed all the terrorists. The forces also rescued the people from the building using armored vehicles amid aerial surveillance of the site.

Khyber Pakhtunkhwa Inspector General Salahuddin Mehsud talking t media informed that three terrorists were killed in the operation, while the identity of a fourth suspected attacker is being determined.

He said 20 hand grenades and three suicide jackets were recovered from the possession of the killed terrorists.

Praising the performance of the law enforcement agencies, the IG said police had reached the site in three to four minutes after the incident occurred.

Peshawar SSP operations said that the terrorist wanted to stage a bigger attack as they were fully prepared for it, but the timely action by forces prevented it.

Later, Pakistan Army's spokesperson Major General Asif Ghafoor appreciated the role of police officials during the operation. Talking to a private news channel, he said that the terrorists were in contact with their partners in Afghanistan while conducting the attack.

Prime Minister Shahid Khaqan Abbasi has condemned the terrorist attack and expressed grief over the death of the people during the attack.

Pakistan Tehreek-e-Insaf (PTI) Imran Khan condemned the attack in Peshawar. He said, "My prayers to the victims and their families".

Saddened by condemnable terrorist attack in Peshawar this morning. My prayers to to the victims and their families. Commend the rapid response of KP police and army that helped in containing damage and concluding the operation.

It is the second terrorist attack in a week as last Friday, senior police official Mohammad Ashraf Noor was martyred in a suicide attack in the Hayatabad area.

Additional IG Headquarters Ashraf Noor was going to office when a suicide bomber riding a motorcycle rammed into his vehicle near Tatara Park.