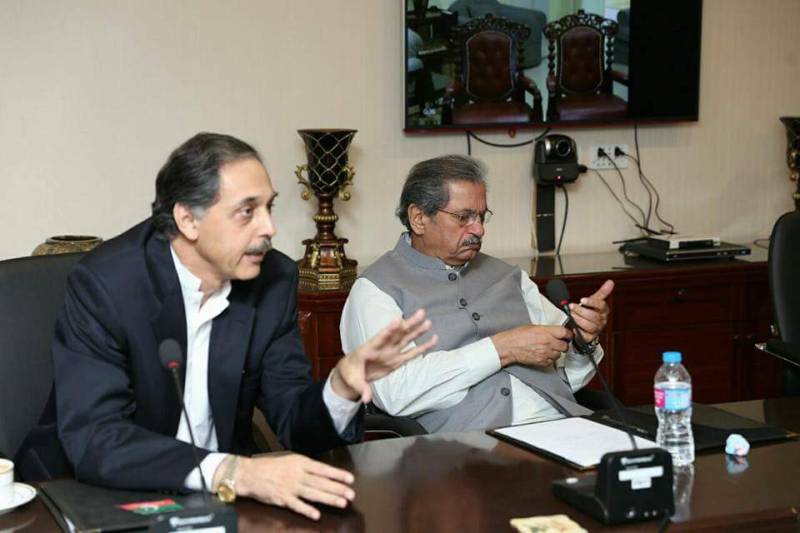 ISLAMABAD - Advisor to Prime Minister on Establishment Affairs Arbab Shehzad on Friday said the mega housing project launched by the Pakistan Tehreek-e-Insaf (PTI) government would create hundreds of thousands of jobs in the country.

“Economic uplift, reforms in National Accountability Bureau, civil service, and zero tolerance for corruption and extremism are the priorities of the present government, “ he stated while talking to a news channel.

The prime minister and his team had been working passionately to achieve the set targets as there was no concept of availing holidays for the PTI leadership, he added.

All the cabinet ministers were putting their best for capacity building of the attached institutions of their respective ministries and divisions, he said.

To a question about the PTI’s government 100-day performance, Arbab Shahzad said "Out of 34, 18 targets have been achieved."

To another question about money laundering, he said agreements had been signed with some countries about information sharing.

Tough decisions would be taken for putting the country on the path of speedy progress and improve the governance system, he said.

Commenting on foreign policy, he said the previous regimes did not focus on the policy matters due to which the incumbent government was facing some challenges. Foreign Minister Shah Mehmood Qureshi had all the capabilities to deal with all the problems on the foreign policy front, he added.

He said progress had been made in ties with Saudi Arabia, China, the UAE and Malaysia, while talks were underway with the US to sort out the matters. The country today had a vibrant foreign ministry, he added.

To a question, he said civil servant reforms would be made gradually adding that depoliticization of bureaucracy was need of hour, which would take time.

He opined that a conducive environment in the country was imperative for attracting investors and efforts were being made to promote tourism sector.