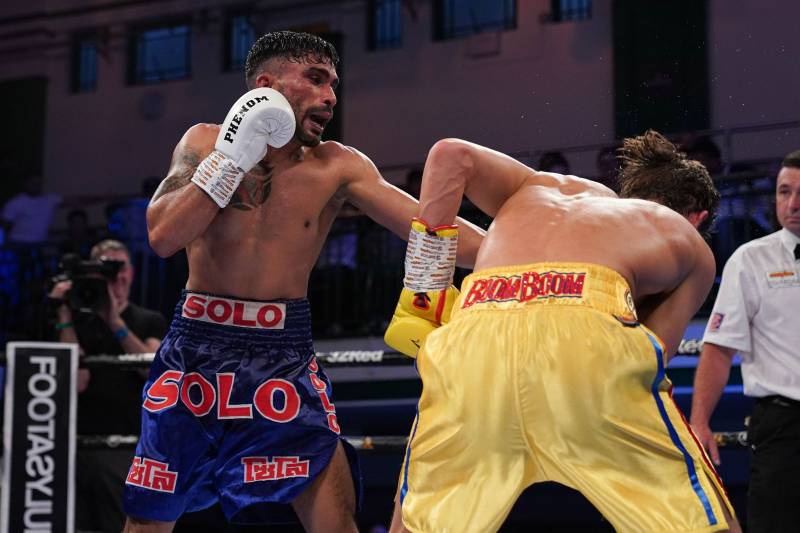 VN Promotions, founded in 2020 by professional pro boxing fighters Neeraj Goyat and Vikas Krishan Yadav, has successfully assembled a roster of top Indian professional boxers while promoting their careers both on and off the field. Sandeep Singh Bhatti, who was recently signed by the sports management company, is well-known for his 8-round WBC Title victory over Afghan boxer Aimal Sediqzada. After competing in a number of Indian professional boxing tournaments, he will be now fighting under Tyson Fury's card, with the opportunity to become the next undisputed boxing champion.

Speaking on supporting Neeraj’s career and helping him participate in his first Undercard fight, Neeraj Goyat, Owner VN Promotions shares, “Sandeep is more of a fighter than a boxer. He has not only raised the bar for professional boxing in India, but his selection in the upcoming undercard fight will undoubtedly establish him as a new fan favorite in the combat sporting community.”

“Sandeep is one of our top professional boxing talents we have in India at the moment. Top Rank and Frank Warren's assistance has allowed him to compete against international boxing champions such as Issac Lowe who is now regarded as one of the best professional boxers in the world. Many Indian fans will be surprised to see Sandeep share the stage and competing against the international boxing champion which will also help open doorways for our other Indian boxers as well.

Sharing excitement on preparation for his first undercard fight, professional boxer Sandeep Singh Bhatti shares “In my career, facing off against such a professional fighter is a huge step forward. I'd like to thank particularly Neeraj Goyat my manager for pulling this one off and Top Rank India and Mr. Frank Warren, for allowing my talent to compete in an international league fight so early in my career.

Expanding on the importance of Sandeep’s participation in the undercard fight Bob Arum, Founder and CEO of Top Rank share, “"Professional Boxing has found a huge fanbase here in India; I am quite surprised by the response and adoration Indian fans have for combat sports, as well as how it engages even non-sports fans." Our goal has always been to support athletes like Mr. Sandeep and to open doors for pro boxing to grow beyond national boundaries. We want professional boxing to have a bigger and stronger commercial viability globally, similar to cricket and football, and we hope to inspire it."

VN Promotions, an integrated management company is also known for representing the country's best athletes, looks after professional boxers' well-being by providing them with world-class arenas in which to demonstrate their fighting prowess, as well as representation in various acting roles in the Hindi entertainment industry. The Indian Athlete Management company not only manages various boxing events but also is aiming to become the worldwide leader in combat sports promotions.