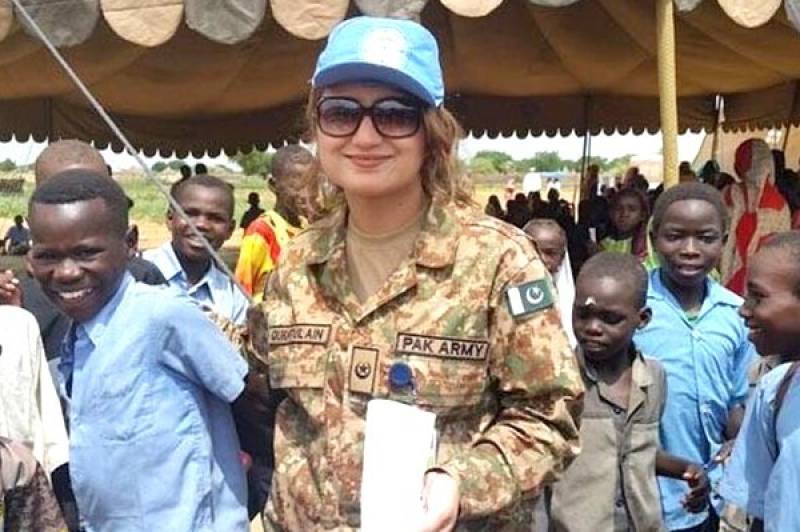 UNITED NATIONS – Members of the first-ever Pakistani Female Engagement Team (FET), which is deployed with the United Nations Organization Stabilization Mission in the Democratic Republic of Congo (MONUSCO) were recently awarded the UN Medal at a ceremony in Adikivu in South Kivu, one of the provinces of the central African country.

This team of 15 female officers, who serve at the ranks of Major and Captain, was stationed there in June last year, marked by the raising of Pakistan’s flag at the mission.

Another 17 female officers will join them in early February, according to the MONUSCO peacekeeping mission press release.

UN Peacekeepers rely heavily on engaging with the local community — which feels more comfortable liaising and sharing information with military troops that include women alongside men, the mission said.

“Throughout their deployment the Pakistani female officers worked hard to win the trust of the community,” it said.

The Pakistani FET, according to the mission, has implemented many successful projects including vocational training, medical outreach, regular sessions of support for students, local women and teachers exposed to trauma; and psychological workshops for Congolese police personnel.

“This team’s extraordinary endeavors to serve the UN is worthy of praise”, according to the press release.