Imran hits back at Javed Hashmi, terms him 'mentally unfit' 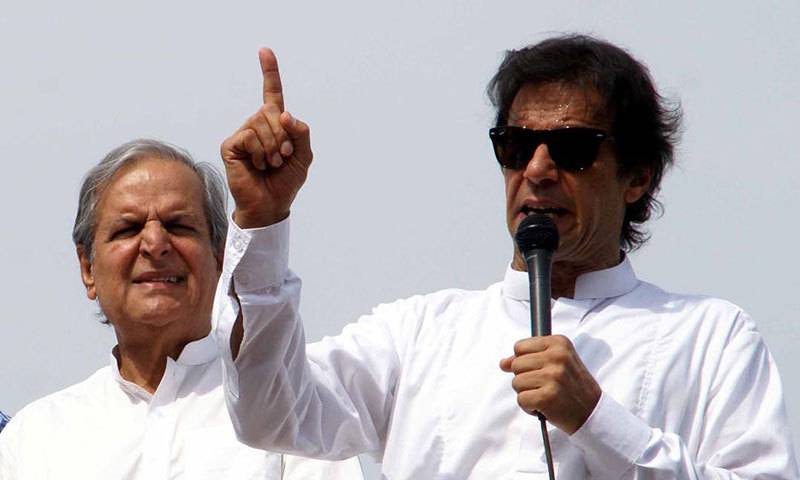 KARACHI - Chairman Pakistan Tehreek-e-Insaf Imran Khan took potshots at seasoned politician and his former colleague Javed Hashmi over his allegations that Imran had paved the way for a judicial coup.

Talking to newsmen in Karachi, the lawmaker said:

"He is not in the right state of mind. He is telling big lies," Khan said in response to claims that he wanted to bring a “judicial martial law” during the 2014 sit-in.

Imran Khan said the new year will begin with Panama Papers and justice will soon be served. While dubbing the incumbent leaders 'thieves', Khan said the nation’s money had been looted but now the time had come to end the 'theft.'

The legislator reiterated PTI's policy of focussing more on Karachi and urban Sindh in the view of upcoming elections.

"Because of a lot of things I could not focus on Sindh before. Rigging and other issues held us back from working on Sindh’s issues," he said.

Asked by a reporter if he had any plans for marriage in 2017, Khan replied:

"I am not yet thinking about it."

Imran Khan has concluded his Karachi tour and has arrived back in Islamabad to focus more on the Panama papers case ready to be heard again by Supreme Court on January 4.