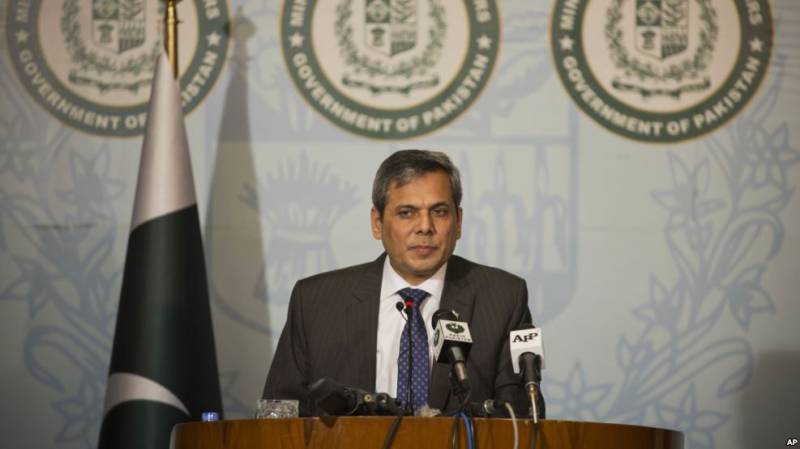 FO spokesperson Nafeez Zakaria detailed the latest shame that India has to face over its baseless allegations against Pakistan.

"UN Security Council’s 1267 Sanctions Committee related to Islamic State (IS) and al Qaeda has rejected a politically motivated proposal by India," he said.

“Replete with frivolous information and baseless allegations, the Indian proposal had no merit and was aimed at advancing its narrow national agenda,” the spokesperson added.

The FO official also took aim at India for perpetrating, sponsoring, supporting, and financing terrorism besides alleging RAW of carrying out subversive activities in Pakistan.

"Pakistan has been a direct victim of India’s state sponsored terrorism and confessions of RAW’s agent Kulbhushan Jadhav about his involvement in terrorist activities in Pakistan proves this fact," he said.

The spokesperson went on to say that more evidence of India’s involvement in stoking terrorism inside Pakistan will be shared with the UN and international community.

Zakaria categorically reiterated Pakistan's stance regarding terrorism and its efforts to work jointly with international community for eradication of it.

Tensions between two nuclear-armed neighbours frayed in the aftermath of Uri attack on a check post in Kashmir that left 18 people dead. India pointed fingers at Pakistan for the attack however, Pakistan refuted the allegations. What added fuel to the fire was Indian aggression on Line of Control and claims of conducting a surgical strike inside Pakistan.