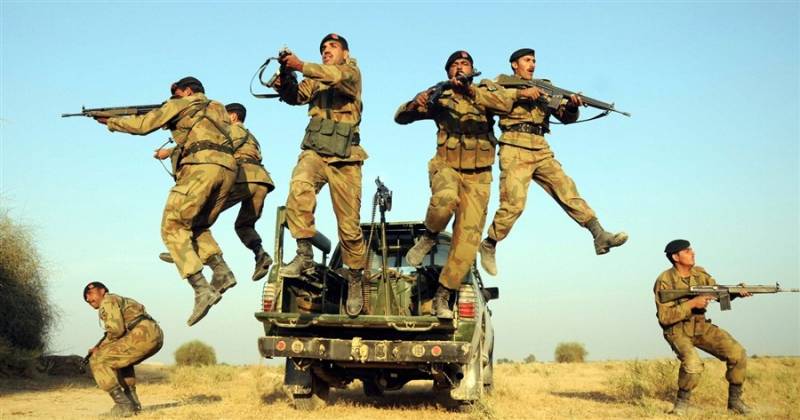 ISLAMABAD - Pakistan Army issued details of their successes during the year 2016, putting an end to rumours aimed at marring reputation of armed forces.

According to a tweet by DG ISPR, Major General Asif Ghafoor, India committed 379 ceasefire violations during the year but in retaliation, it lost 40 of its security personnel.

As many as 46 Pakistani civilians lost their lives after India resorted to aggression across the Line of Control. These include the ones travelling in a passenger bus near Neelum valley in Azad Jammu and Kashmir.

The report includes Karachi operation in which a total of 1992 operations were conducted and as many as 2847 criminals were nabbed including 350 terrorists and 446 target killers who were disrupting peace in the metropolis.

274 criminals were sentenced punishment by the military courts during 2016 whereas death penalty was awarded to 161.

Journey 2016....
Towards a secure and peaceful Pakistan
Pakistanis Zindabad. pic.twitter.com/rBGJhWlDgN

For Zarb-e-Azb operation, statistics by military's media wing suggest that 71 percent Totally Displaced Persons (TDP's) from North Waziristan Agency were sent back home along with 61 percent of South Waziristan and 91 percent of Khyber area.

Similarly, arrangements for security of China -Pakistan Economic Corridor were made, including establishment of Special Security Division for 870-kilometer road network.

Moreover, a total of 3500 terrorists were killed in 2016, and  583 personnel were martyred while 2108 were left injured during Zarb-e-Azb operation.

As part of socio-economic uplift program by Army, 567 projects were completed during 2016.