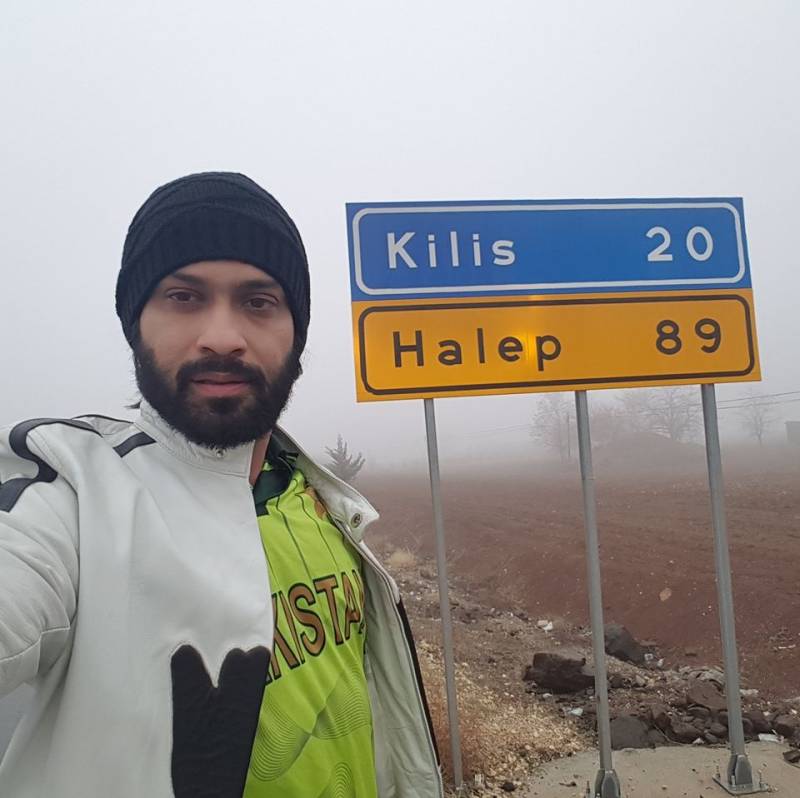 ALEPPO - Waqar Zaka is celebrating the New Year with the people of war-torn Aleppo. On the 29th of December, he left for Syria from Pakistan, with a huge sum of donations in the form of money and clothes.
According to the Nation, Waqar had planned to celebrate New Year in Dubai but then he got a call from his agent that roads are open for people to reach Aleppo. He subsequently changed his plan and reached out to his fans for donations through social media. Within just 2 days he raised around 10,000 US dollars and a large number of clothes.

After a lot of struggle at the airport and flight mismanagement, finally he reached Aleppo. Now, he has been posting videos and pictures of his activities on social media.

Once he reached Aleppo he met a Doctor who was homeless due to the ongoing war in Syria. Waqar Zaka says in one of his posts that he feels blessed that Pakistan is not like Syria.