LAHORE — As a consequence of steadily rising levels of unrestrained deforestation across the country, Pakistan is today amongst the top 10 countries to be affected by climate change. This has not only led to staggering measures of rainfall each year and rising temperatures, but various species of animals have also been adversely affected.

To battle this disturbing situation, and by raising awareness about these issues, Innovative Biscuits, one of the country’s leading biscuit manufacturers, has taken a remarkably unique approach.

Earlier this year, Innovative Biscuits launched their new campaign for Jumbo Junior, one of the best-selling energy biscuits for children. Led by the endearing and lovable young rhino, Jumbo Junior himself, the campaign kicked off with an animated television commercial highlighting the evils of deforestation. By showing its results through the plight of the animals affected, the commercial manages to underline a critical social issue, whilst connecting with children on an emotional level.

Plants aren’t the only things that die...Innovative Jumbo Junior steps up! Teaching children to save trees in order to...

As such, it is an extremely welcomed gesture to see a corporate institute play such a socially responsible role. Better yet is the fact that Innovative Biscuits has chosen to speak to the children about the future of the country. Speaking on this decision, Innovative Biscuits’ brand manager commented, “We realize that we need to take children on board at a young age, to try and embed in them early in their lives, the idea of environmental protection for their future.”

To further drive the message to its intended audience, and to literally practice what they were preaching, the company followed up the ad by rolling out an extensive series of activations of over a thousand schools across the country. And what they did at each school was equal parts simple and innovatively effective! Jumbo Junior would make an appearance at each of the schools and deliver a live play which recreated the Jumbo Junior film to portray the animals’ distress, along with the seed plantation idea proposed by Jumbo Junior. 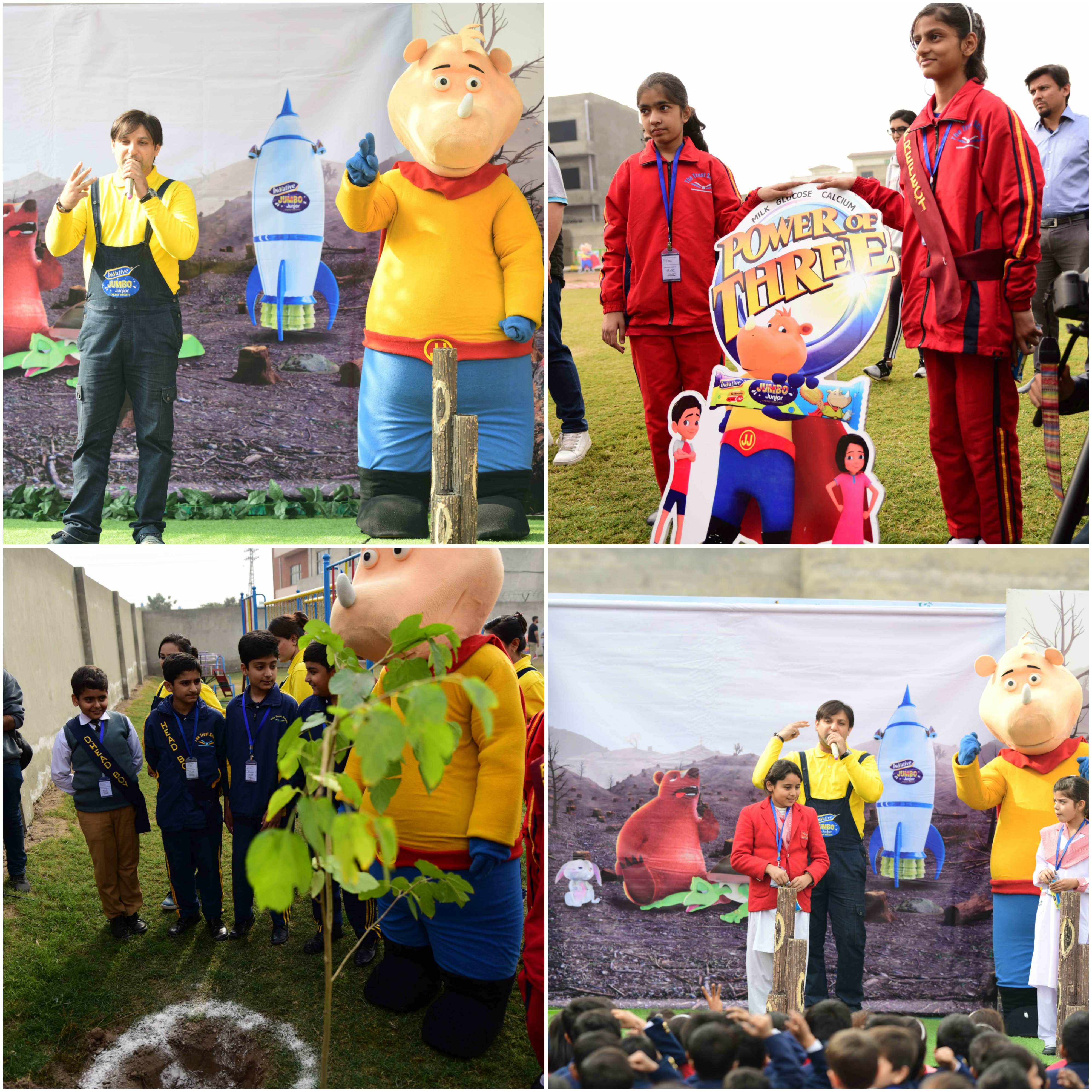 This would then be physically carried out with the help of the children and as a result, hundreds of tree saplings have now been planted in countless schools throughout Pakistan.

Unsurprisingly, Innovative Biscuits’ Jumbo Junior campaign has so far proved to be a huge hit, gathering interest from far and wide and bringing the brand widespread support and appreciation. Most of all, from those whom it was originally made for – the children.