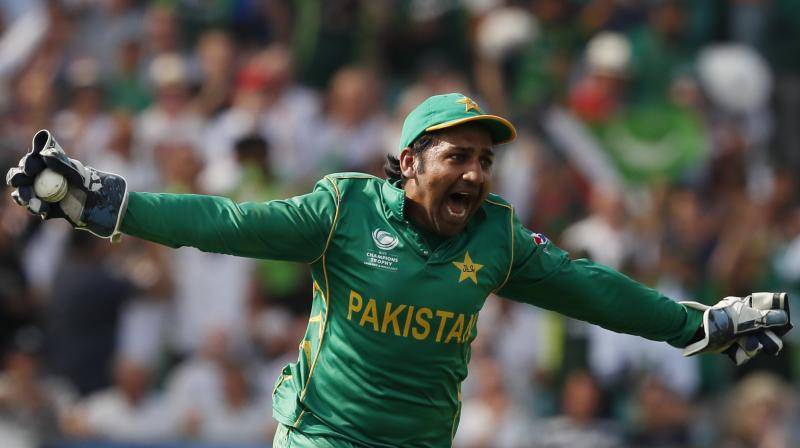 HARARE - With Pakistan’s win over Zimbabwe by 74 runs in the opening match of the Twenty20 International triangular series on Sunday, Sarfraz Ahmed has set a new record for most wins as the country’s captain.

The 31-year-old wicketkeeper-batsman, who led Pakistan team to victory in 23 T20 internationals, has the highest winning percentage (86.96%) as a captain in T20Is (minimum 20 innings).

Under Ahmed's leadership, Pakistan have made massive strides, including Champions Trophy 2017, especially in the shorter format of the game. In 2018 alone, they have won seven out of their eight matches, played against New Zealand, the Windies and Scotland.

ISLAMABAD - On June 18, 2017, Pakistan made history when it clinched the Champions Trophy title for the first time ...

"When I was announced as a captain, we were at No.7," says the Pakistan captain. "We were not thinking about going to No.1 and we went up, up, up. Here we are thinking about playing good and positive cricket and to win the tri-nation series,” he said before the first T20 match against Zimbabwe on Sunday.

Sarfraz says his team's main objective is to play good cricket and win the Twenty20 International tri-series in Zimbabwe, and not worry about the rankings.

Australia are the third team in the competition, and if the Aaron Finch-led side win all their matches, they will replace Pakistan as the No.1 side in the MRF Tyres ICC T20I Team Rankings.