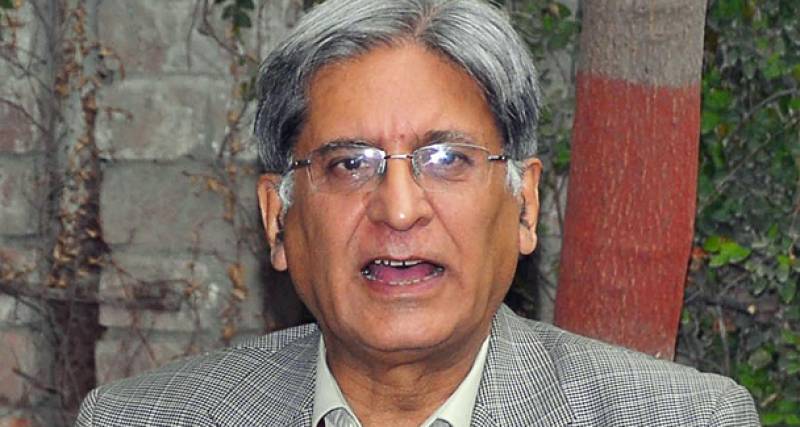 ISLAMABAD (Web Desk) - The Pakistan People's Party (PPP) stalwart and Senate Opposition Leader Aitezaz Ahsan said on Tuesday that government and opposition members had reached a deadlock in the committee to finalize Terms of Reference (TOR) for a judicial probe into the Panama Leaks.

After a joint meeting of the opposition, Aitzaz Ahsan explained that the government's uncompromising stance was the reason for the deadlock.

He said that after every meeting, government member on the committee had used harsh language, causing the deadlock to persist.

Aitzaz Ahsan said that the government was trying to protect the Sharif family, which was not acceptable to the joint opposition.

Earlier, the fourth session of Parliamentary Committee to form ToRs for the Panama Papers  probe was held, in which Ahsan Qureshi, Barrister Saif, Sahibzada Tariq and Tariq Bashir Cheema were present.

After the session, the federal Minister for Information Pervaiz Rashid criticized the opposition for specifically targeting Prime Minister Nawaz Sharif and his family in the ToRs, a statement that did not go down well with the Senate Opposition Leader.