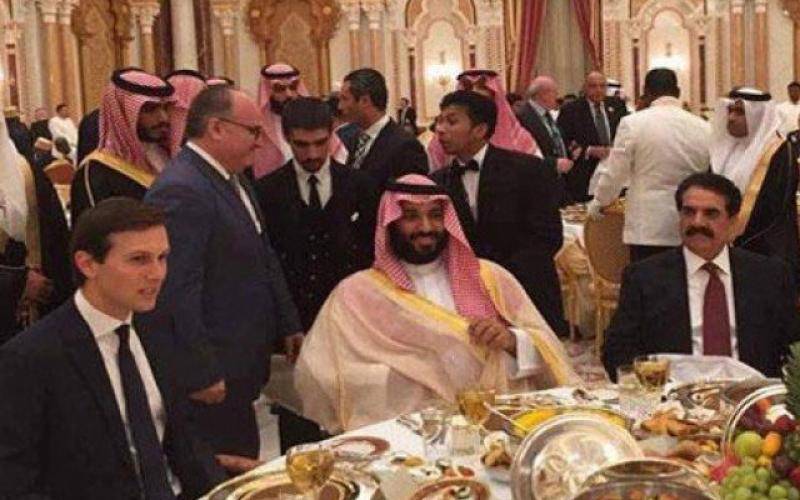 If not, then who wants him out, and should he quit? A look into the organized campaign against him, and the Pakistani interests tied up in the game.

It is a compelling narrative that can’t be ignored: President Trump meets leaders of 55 Muslim nations in Saudi Arabia. Media reports in Pakistan begin to shape a story that says the country and its prime minister were snubbed at the summit. Soon after, another report emerges that claims Pakistan’s celebrated former army chief, who is commanding the emerging NATO-style Muslim force is ‘thinking about quitting’ because of ‘American interference.’

The only problem in this narrative is that it is not factual, it is unsourced, and it is not clear where it is coming from. But the fact remains that it is coming out strong, in an organized way, and that the Pakistani media is the only medium where this campaign is playing out. There is an eerie silence, for example, in the media next-door in Iran, a country that officially lobbied Islamabad to block Gen. Raheel Sharif’s appointment.

It is inconceivable that retired Gen. Sharif would be behind these leaks while sitting in Riyadh. If these reports were true, some hint of tensions between the general and his hosts would have leaked to the Saudi media or the Arab media. The media in Iran, which strictly follows government line on foreign policy issues, would have picked on it too. Iran pressurized Pakistan in multiple ways to quit the ‘Muslim NATO’ project. Its envoy in Islamabad, in a departure from diplomatic norms, openly rallied the Pakistani media in April against the Pakistani government’s decision on the General’s appointment.

So, where are these reports coming from?

The answer to this question is important now because the campaign against the General is no longer part of a normal media cycle. It is beginning to look like a media operation that has the potential of paralyzing Islamabad’s ability to take strategic decisions, disturb Pakistan’s relations with allies and major Arab and Muslim nations, and generate constant domestic tension.

Where the story came from?

The story about Gen. Sharif ‘thinking’ to quit the Islamic Military Alliance to Fight Terrorism, or IMAFT, first appeared in Pakistan on May 26 or 27. It is not clear where. Conflicting reports on social media suggest it was first aired on an obscure TV channel. Then it moved to social media. That is where the story was picked up by Neo TV website on May 28, which then was quoted on the same day by Daily Pakistan’s Global edition. The very next day, May 29, Express Tribune published a front page story, also based on unknown sources, that said Pakistan is drawing ‘red lines’ on joining the Islamic military alliance. The Tribune story compounded the confusion because it came immediately after the first unsourced story on Gen. Sharif. It also contained contradictions, saying Islamabad might quit the alliance but that the operational matters of the alliance remain to be decided by member states.

A day later, on May 30, and Indian news website, NewKerala.com, carried the story quoting both Daily Pakistan and Neo TV. And the ball got rolling after that as a number of Pakistani news outlets announced the General’s coming resignation, quoting a combination of the first three Pakistani sources that carried variations of the story on Gen. Sharif and the Pakistani ‘red lines.’

It is not unusual for Pakistani media outlets to pick up stories from social media and other online sources. But his story in particular is untraceable.

However, an unmistakable pattern is discernible in this campaign.

First, a narrative was built alleging Pakistan was snubbed at Riyadh Summit first by President Trump, and then by King Salman who, as the story goes, stopped Prime Minister Nawaz Sharif from delivering a speech.

Second, a narrative was built that the Summit was sectarian, and that it was a Sunni alliance because it excluded Iran.

Third, the idea was floated in the Pakistani media that Washington was interfering in IMAFT and that the Pakistani general will now be working with Israel.

This is a fantastic set of counterarguments that could hypothetically be war-gamed as a media operation with the objective of creating controversy and confusion, leading the government and the State into decision-making paralysis.

And all of this has played out in the Pakistani media with dizzying speed. The media landscape in Pakistan is a mess and governments here follow primitive methods of media management. This fast unfolding campaign against Gen. Sharif and Pakistan’s strategic decisions is beyond the capacity and vision of any Pakistani government to handle.

The campaign against Gen. Sharif is based on twisting of facts. Five key distortions can be identified through the following questions.

Trump may or may not have snubbed Pakistan. His speech did not give credit to the antiterror fight of Egypt, Turkey, Nigeria or Indonesia, and focused instead on smaller nations like Jordan and Lebanon. He made a passing reference to world nations affected by terrorism including India. Pakistan was missing in the speech but this is not a departure from recent US statements. No one in Islamabad was expecting miracles.

As for PM Sharif’s speech, nearly 50 heads of state did not get to deliver their speeches, including many heavyweight Muslim nations like Indonesia, Turkey, and others. The Summit was an organizational nightmare, and the Saudi hosts apologized on the spot to their guests. But overall, Pakistan had a front seat at the Summit and both PM Sharif and Gen. Sharif were well received by both American and Muslim delegations.

Iran was not invited. But Tehran is not the only Shia-majority Muslim country in the Muslim world. There is Iraq and Azerbaijan. Presidents Fuad Masum and Ilham Aliyev both attended the Summit and signed on its declaration. Azerbaijan is mulling a decision to contribute to IMAFT. They would not have attended if this was a sectarian effort.  The issue of Iran’s meddling in other countries in the region was not the only issue at the summit. ISIS and the fight against extremist ideology took the largest portion of the Summit’s time. A reading of the Summit declaration will clarify this.

Is Riyadh summit working with Israel?

There is no 'alliance' between Saudi Arabia and Israel or with any one of the 55 countries that attended the Summit. US officials and the Israelis have tried hard for past two years, overtly and covertly, but Riyadh stands its ground on Palestinian state as a precondition for normalization with Israel. Differences with Iran do not change this. This is the unanimous position of Arab and Muslim states through the Arab League and the OIC. This also was part of the official declaration of Riyadh Summit.

The Arab Coalition is successfully leading the intervention in Yemen against the Houthis militia. The IMAFT is a bigger project, is not focused on Yemen, and will take time to materialize.

is Riyadh summit anti-Iran? Why is Tehran not part of IMAFT?

During his speech at Riyadh Summit, King Salman sent a message of peace to the people of Iran, saying, “We confirm ... our appreciation of, and respect to, the Iranian people.”  And the US president, in his speech, condemned sectarianism and praised Sunni and Shia Muslims working together to fight ISIS. Iran was not invited to Riyadh Summit and is not part of IMAFT because of political reasons, not sectarian. Tehran is currently in conflict with major Arab and Muslim countries. These countries accuse Iran of meddling in those countries. Iran was embraced by Arab countries under presidents Khatami and Ahmadinejad. Both were welcomed in Arab capitals, including in Riyadh, in 1990s. But Iran’s relations with these Arab and Muslim countries have deteriorated dramatically under President Rouhani. One of the strongest speeches at the Summit critical of Iran came from Prime Minister Najib Razak of Malaysia, which accused Iran of meddling in that country. In Pakistan, the question of the Kalbhushan Khadav network operating from Iran, recruitment of assets in Karachi, and recruitment of poor Pakistanis for war in Syria remain points of contention.

Iran should improve relations with Arab and Muslim countries and not allow outside powers to exploit this. It needs to address the concerns of those countries. This is a challenge for Iranian diplomacy. If it can negotiate a nuclear deal with world powers, it certainly can try to improve its relations with the neighborhood.

As for Pakistan, leading a 41-nation Islamic military alliance in the making is a diplomatic feat that will accrue major strategic benefits on the long run. Pakistan’s decision has nothing to do with Iran. While Islamabad should encourage Tehran to join it and help it improve ties with other Muslim nations and resolve disputes, we cannot take responsibility for Iran’s policy choices and decisions. Pakistan respected Iran’s decision to sign a defense pact with India and its choices to intervene in many places. Tehran, too, will respect Pakistan’s policy decisions.