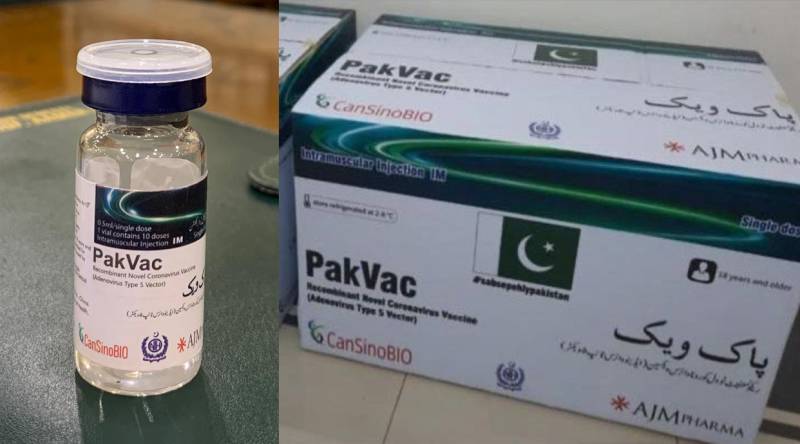 ISLAMABAD – Pakistan Tuesday launched locally-produced single dose COVID-19 vaccine ‘PakVac’ amid the government's efforts to pace up the vaccination drive of the country.

Special Assistant to Prime Minister (SAPM) on Health Dr Faisal Sultan speaking on the occasion said that the country will soon be able to start the production of vaccine.

Praising Chinese assistance for Pakistan in the health crisis, he said the China was a strong friend of the country.

He also appreciated the National Institute of Health (NIH) teams for successfully developing the vaccine from the raw materials, given by China.

He said that the number of patients hospitalized during the third wave of the pandemic was higher than the first wave.

He further said that efforts are being made to strengthen the national health system.

Chinese Ambassador Nong Rong, speaking on the ocasion, said that the production of the vaccine depicts level of friendship between both countries.

He added that Pakistan is the first country that accepted the Chinese vaccine as a gift.

The vaccine has been manufactured by the Ministry of Health with the help of China’s Cansino Bio after rigorous quality control checks. The vaccine will be supplied to the federal and provincial governments by the EPI, reports cited.

ISLAMABAD – Pakistan has locally manufactured doses of vaccine against COVID-19 with the help of China’s ...

A total of 124,000 CanSino shots have been developed in the first phase, the sources at the Ministry of National Health said.