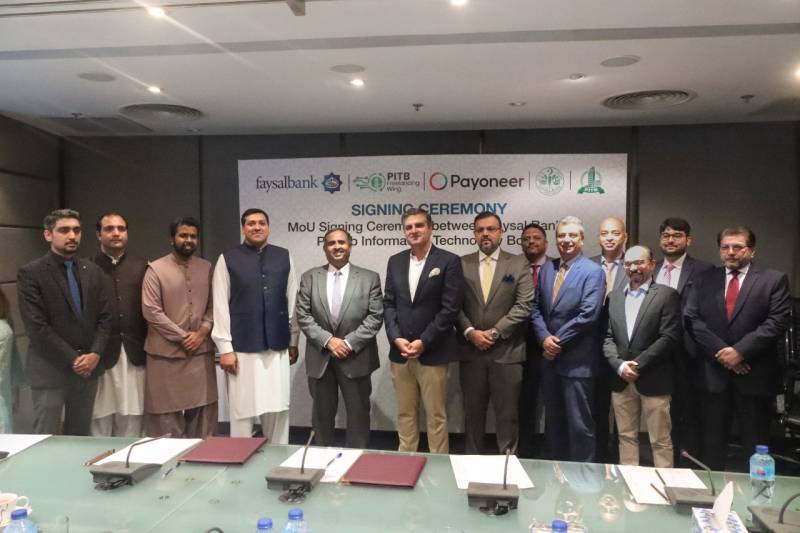 LAHORE – In a special ceremony held at Arfa Technology Park on June 01, Punjab Information Technology Board (PITB) and Faysal Bank Limited (FBL) signed an MoU to facilitate freelancers across Pakistan. The MoU was signed by PITB DG e-Governance Sajid Latif and FBL Head CIBG Ali Waqar on behalf of their respective organizations.

According to the MoU, PITB and Faysal Bank would collaborate to support endeavors and activities of mutual interest for the facilitation of freelancers by offering them a “Digital Freelancer Account”.

In particular, FBL would provide the Digital Freelancer Account to existing and to-be PITB graduates as well as sponsor different events organized by PITB related to digital technology, youth empowerment, and freelancing ecosystem. Besides many other benefits, FBL would also give laptops to the top performer and mobile phones to the second and third top performers of each batch as an appreciation of emerging freelancers. Furthermore, FBL would market and give partner privilege to PITB owing to the organization’s large freelancers’ base across Pakistan (alumni and trainees).

PITB is committed to providing work opportunities and imparting digital skills to freelancers across Punjab through various initiatives. Over the last year, PITB has extended its support nationwide through endeavors for aspiring entrepreneurs and freelancers hailing from diverse social backgrounds. PITB’s freelancing initiatives are catering both men and women alike, training them to be economically empowered.