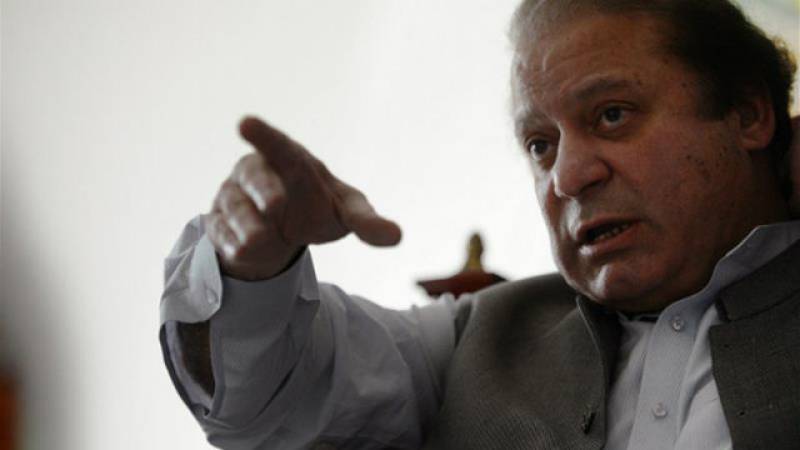 ISLAMABAD - The accountability court in Islamabad resumed hearing of the graft references against the embattled Sharif family on Thursday.

The hearing was resumed hours after the court had adjourned it due to the absence of counsel for Nawaz Sharif, Khawaja Haris, who was busy owing to his engagements at the Supreme Court.

Nawaz's secondary counsel Ayesha Hamid pleaded before the Judge that her client be exempted from appearing again.

The NAB prosecutor opposed the plea, arguing the accused needs to be present when witnesses record statements as per legal injunctions, however, the judge accepted the plea and had adjourned the hearing until 1 pm.

As the hearing resumed, witness Naveed ur Rehman began recording his statement.

Scores of Pakistan Muslim League Nawaz loyalists gathered outside the court and the former PML-N president was flanked by his daughter Maryam, son-in-law Captain (r) Safdar and Senator Asif Kirmani while the court had also summoned eight witnesses to record their statements.

The offshore firms have been included in supplementary reference of Flagship Investments whereas the documentary evidence regarding the establishment of Azizia Steel Mills has also been made part of the graft reference filed by the National Accountability Bureau.

Sharif's sons -Hassan and Hussain - have also been named as accused in the references, however, due to continued absence both have been declared proclaimed offenders.

The PML-N's 'Quaid for life' arrived in the federal capital from his Murree residence and upon his arrival, the party workers gave him a rousing welcome amid a tight security outside the court.

During the last hearing, on February 22nd, counsel for Nawaz Sharif, Ayesha Hamid, submitted her objections over the supplementary references, filed by the National Accountability Bureau (NAB).

Hamid claimed that there was nothing new in the supplementary references asking the court to reject them.

She also pleaded the court to ask the monitoring judge of the case, Justice Ijazul Ahsan of Supreme Court to extend the six-month deadline as recording statements of witnesses would take time.

The NAB prosecutor presented arguments against the plea after which the judge reserved the verdict.