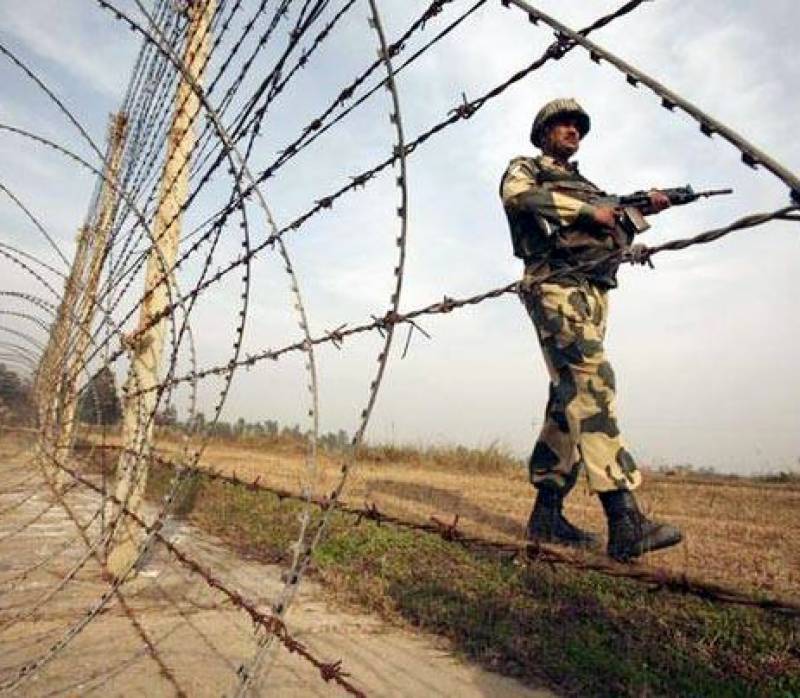 ISLAMABAD - An elderly man was martyred while a woman sustained injuries in Indian shelling along the Line of Control (LoC) on Thursday, according to Azad Jammu and Kashmir (AJK) administration.

The shelling began at 7:30am with the Indian regime firing mortar shells on civilians in Jandrot and Chirikot sector.

The victims have been identified as 70-year-old Nazeer Hussain Mughal and Shamim Akhtar, both belong to the Dheri village.

AJK officials also said that Indian troops were targeting educational institutions as elementary board exams are taking place. As a result the examinations have been cancelled owing to the Indian ceasefire violations, they added.

The Director General (South Asia) handed the Indian diplomat a letter of protest and condemned Indian forces for targetting residential areas by.

"Despite calls for restraint, India continues to indulge in ceasefire violations," the FO said in a statement.

The letter added that Indian forces have martyred 19 civilians and injured 69 others during 2018 in continuous ceasefire violations.

"The deliberate targeting of civilian populated areas is indeed deplorable and contrary to human dignity, international human rights, and humanitarian laws. The ceasefire violations by India are a threat to regional peace and security and may lead to a strategic miscalculation."

The Indian side was also asked to respect the 2003 Ceasefire arrangement.