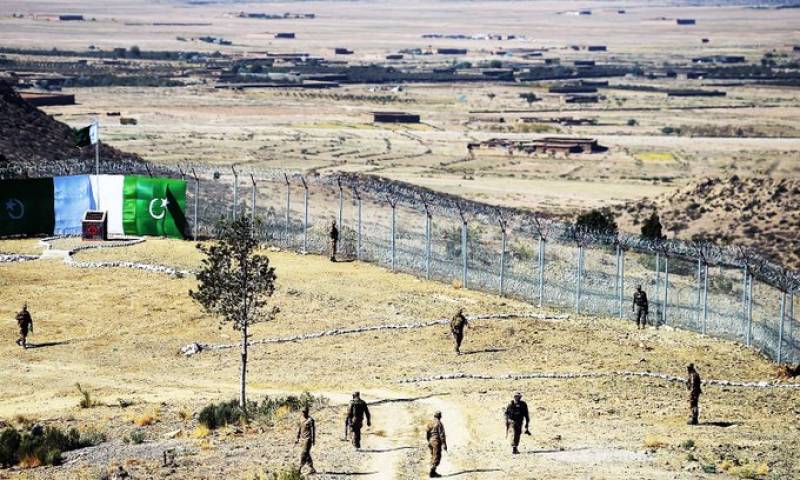 RAWALPINDI – Three soldiers of Pakistan Army have embraced martyrdom after dozens of terrorists attacked on a team working in North Waziristan on a fence along the country’s border with Afghanistan, the Inter Services Public Relations (ISPR) said on Wednesday.

The deceased have been identified as Lance Naik Ali and Nazir, and Sipahi Imadad Ullah. Seven other soldiers were shifted to hospital with injuries.

Several of the terrorists, who launched the attack from the Afghan side, were killed in retaliatory fire by Pakistani troops.

According to a communique issued by military's media wing, Pakistan’s fencing effort shall continue despite all such impediments.

In 2017, Islamabad started constructing a fence along its more-than 2,600-kilometre border with Afghanistan – the Durand Line, which was established by Sir Mortimer Durand, a British diplomat and civil servant, in 1896 - in a bid to quell terrorism, leading to soaring school dropout rates in the area.

Pakistan is adamant that the construction of the fence will be completed by the middle of next year.

This is a developing story and will be updated accordingly