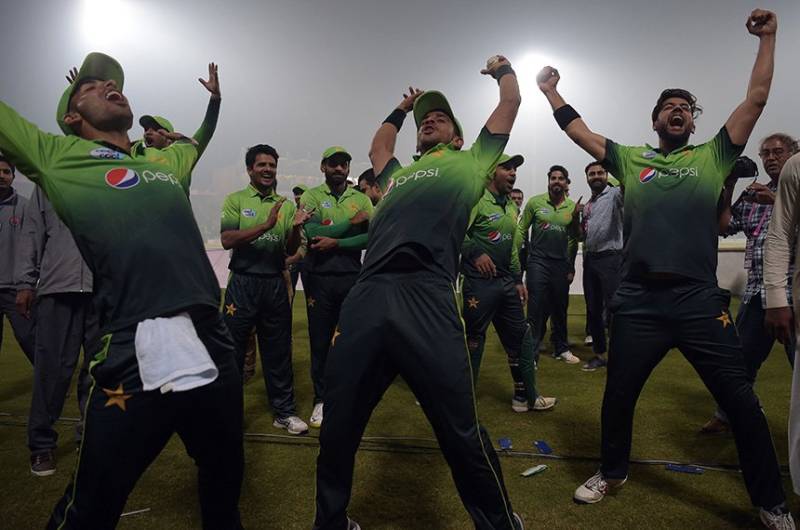 Pakistan overtook New Zealand in the shortest format with 124 points on Wednesday, following a 3-0 win in their series against Sri Lanka, which culminated in Lahore on Sunday, according to MRF Tyres ICC T20I rankings.

Owing to their loss in the opening T20I against Virat Kohli's troops, New Zealand have lost as many as four rating points to slip to 121. Having amassed 124 rating points on the back of their recent consistency, Sarfraz Ahmed's team put themselves in a position to overtake the Kiwis to reach the top of the table.

Meanwhile, India have gained two rating points and are now breathing down the back of fourth-ranked England. 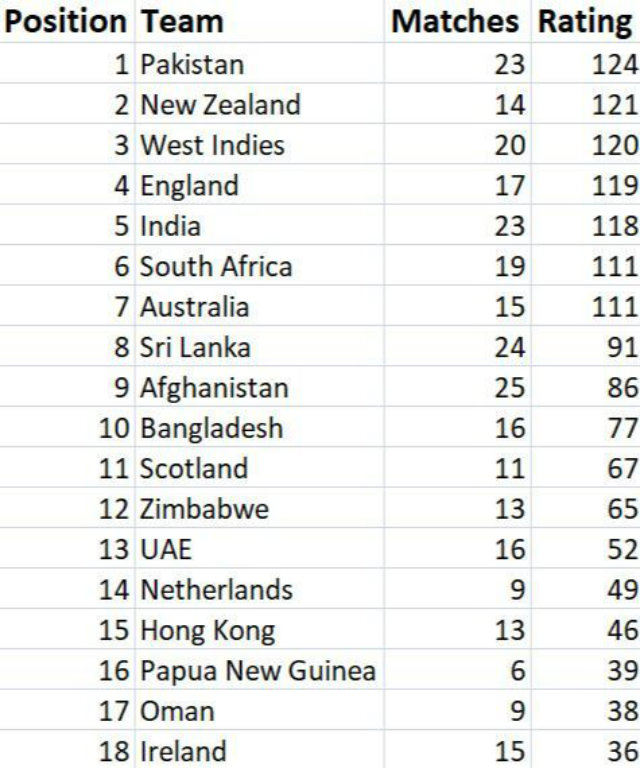 After conquering West Indies 3-1 in the Caribbean earlier this year, Pakistan defeated a team representing World XI in the euphoric series on home soil. However, the 2-1 triumph against the Faf du Plessis-led side did not give them any points on the table. The 3-0 clean sweep of Sri Lanka in the split series in UAE and Lahore paved the way for Sarfraz's team to march towards the number one spot.