We are not judges of Muslims only, CJP Nisar refutes criticism over Asia Bibi acquittal 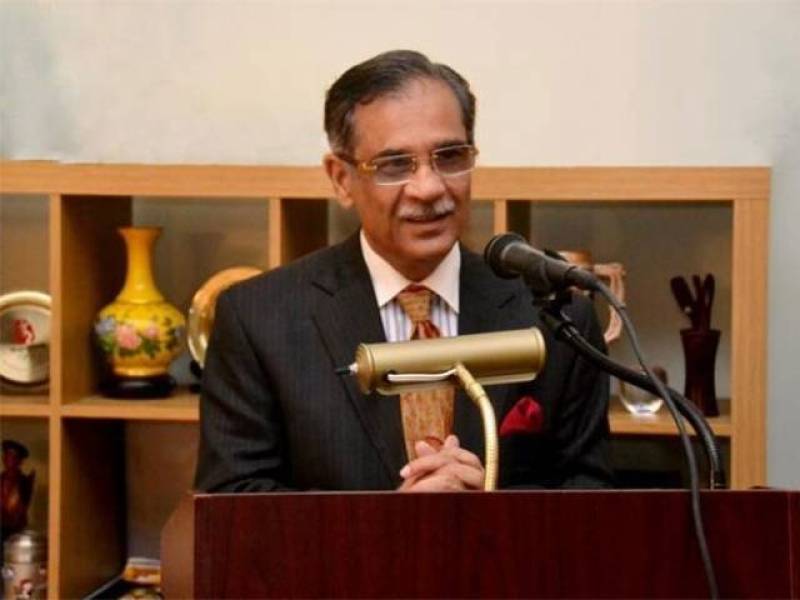 ISLAMABAD - Chief Justice of Pakistan Mian Saqib Nisar took a strong exception to the criticism directed at the superior judiciary in the wake of the acquittal of blasphemy suspect, Asia Bibi.

During the hearing of a case regarding the transfer of Inspector General Police of Islamabad on Thursday, the top judge observed that they [judiciary] was not the custodian of Muslims only.

'Blasphemy is not acceptable to anyone and no one’s faith is any less but we are not the qazis of Muslims,' remarked the top judge.

The chief justice referred to the Asia Bibi case and observed, 'love does not mean that even if a case cannot be formed we make one.'

'We uphold the Finality of the Prophethood and without it our faith is not complete and that is why we published the verdict in Urdu as well so the nation can read it,' he added.

The remarks came a day after a three-member bench of the supreme court headed by Chief Justice of Pakistan Justice Mian Saqib Nisar and comprising Justice Asif Saeed Khosa and Justice Mazhar Alam Khan Miankhel announced the verdict on the final appeal filed by the convict.

Overturning her conviction, the bench ordered to immediately release the Christian woman, who was in jail for past eight years if there is no anymore case against her.

The judges remarked the prosecution had 'categorically failed to prove its case beyond reasonable doubt'; the court had reserved its verdict over the appeal on Oct 8.

The allegations against Bibi date back to June 2009, when she was labouring in a field and a row broke out with some Muslim women who alleged that she committed blasphemy against Prophet Muhammad (Peace Be Upon Him). A case was filed against her by a prayer leader in Katanwala village of Nankana Sahib.

Bibi was convicted of blasphemy and sentenced to death in 2010 by a trial court. She later moved the Lahore High Court against the execution sentence, however, the court had upheld the verdict.