No proofs of any 'surgical strikes' on LoC: UN Monitoring Group (UNMOGIP) 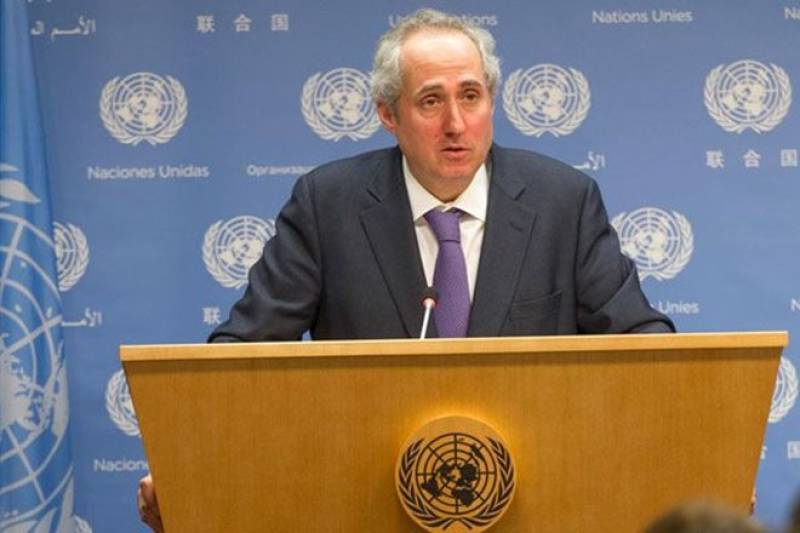 In the daily press briefing, Dujarric said "The UN Military Observer Group in India and Pakistan (UNMOGIP) has not directly observed any firing across the LoC related to the latest incidents."

"The UN Military Observer Group in India and Pakistan (UNMOGIP) has not directly observed any firing across the LoC related to the latest incidents."

When asked to explain how UNMOGIP can say it did not observe any firing even as India said it has conducted the surgical strikes, Dujarric repeated that UNMOGIP has not "directly observed" any of the firing.

"They are obviously aware of the reports of these presumed violations and are talking to the relevant concerned authorities," he said.

The explicit refusal to confirm the Indian propagandist reports was met with great anguish and anger in India.

"Facts on the ground do not change whether somebody has observed it or not."

Rejecting the embarrassing refusal from UN, Akbaruddin stuck to Indian government's official line. "I have nothing to say because what (Dujarric) said was 'directly observed'. It's a call that they have to take. I cannot place myself in their boots and directly observe something."

"Facts on the ground do not change whether somebody has observed it or not," he added, oblivious to the fact that it is the Indian government who is not letting the UN observers do their work on the Indian side of the LoC and has been repeatedly reprimanded by UN Secretary General Ban Ki-moon for doing so. UNMOGIP continues to function on Pakistan's side of LoC.

Secretary General Ban Ki-moon on Friday expressed regrets over the fact that UNMOGIP (United Nations Military Observer Group in India and Pakistan) has not been able to fully function due to India’s non-cooperation, adding that the UN’s military mission is only able to operate on the Pakistani controlled side of the LoC as India refuses to accept its functioning on the other side and opposes its expansion.

Pakistan had already dismissed the claim that Indian forces conducted a surgical strike on Pakistani side of Line of Control (LoC) in Azad Kashmir violating the 2003 ceasefire treaty.

As many as two Pakistani soldiers were martyred as India resorted on unprovoked firing along the Line of Control (LoC) in Azad Jammu and Kashmir on Thursday.