Waseela Microfinance Bank aims to achieve break even in 2015 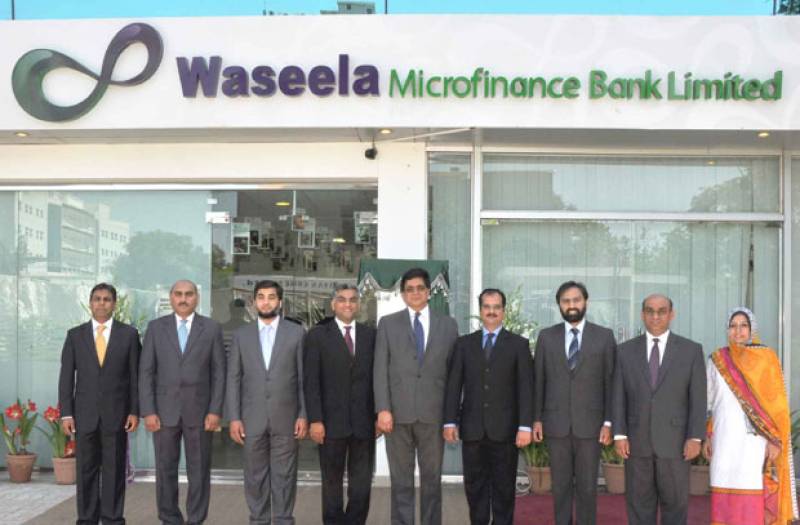 KARACHI (Web Desk) - The management of Waseela Microfinance Bank (WMB) has aimed at achieving breakeven by the end of this year but highly competitive sector along with huge losses of Rs 107 million seem the target as over ambitious.

The banks has reduced its losses 50 percent significantly from Rs 215 million to Rs 107 million with the aggressive expansion of agents network for branchless banking and various offers for depositors and borrowers at their outlets.

The bank is backed by Mobilink with its infrastructure and technological support along with Vimplecom having sound financial expertise. The sponsor’s support remained available to the bank as demonstrated through capital injection of Rs 300 million in 2013 to cover the losses of gestation period.

Hence, the bank maintains strong capitalization level as reflected from its capital adequacy ratio against the regulatory requirement.

Branchless Banking provides support in deposit mobilization as sizeable increase in value of transactions witnessed in 2014.

Substantial growth prospects in terms of untapped market and demonstrated support from Regulator to develop this segment of the economy translates into positive outlook. Nevertheless, key challenges include scarcity of skilled human capital, shared agents leading to business competition, and low market awareness.

The revenues were supported by income from Branchless Banking. With significant rise in Branchless Banking transactions both in value and volume), Mobicash market share increased significantly to 6 percent of overall market. The growth is attributable to expanding agent network.

As Waseela bank continued to expand its scale of operations, non-mark up expenses remained high. Hence, despite higher revenues, the bank incurred net loss; the quantum has reduced on YoY basis.

Waseela bank is keen to strengthen both its branch and branchless operations. The bank intends to fortify its branchless operations through expanding agent network as well as introduction of new products like interoperability in M-Wallet accounts, and offering M-Wallet saving accounts. Meanwhile, strategic and technological support from Mobilink, mainly in BB remains imperative, going forward. Regarding branch operations, the management plans to increase productivity of field staff, mobilize low cost deposits, and focus on quality lending.

MFBs dominate the sector, representing 55% of total Gross Loan Portfolio of Rs 66,761 million and 38 percent of active borrowers at end-December 2014.