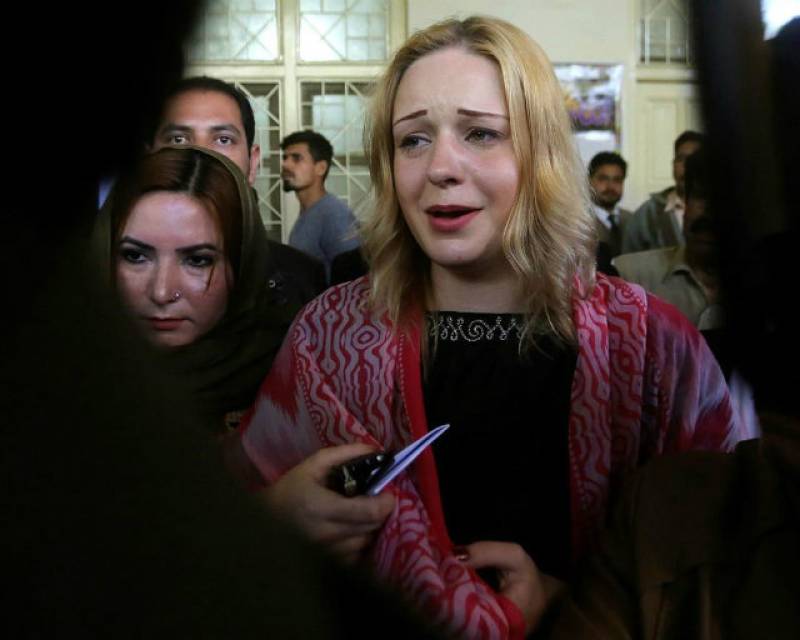 LAHORE – A Czech model, who is imprisoned in heroin smuggling case, has challenged her sentence in the Lahore High Court.

Tereza Hluskova, 22, was sentenced to eight years and eight months in prison last month in the capital of Punjab province. The trail court also imposed a fine of Rs1,13,000 ($800) on her.

The Czech model was arrested in possession of 19 lbs (8.5kg) of heroin in January 2018 at Lahore’s Allama Iqbal International Airport. She was heading to Ireland via Dubai in the United Arab Emirates, the court said.

LAHORE - An additional district and sessions court on Wednesday awarded an 8-year sentence to to Czech Republic model ...

In her appeal filed to the Lahore High Court, Hluskova has requested that her sentence is overturned because 'it negated the true facts of the case'.

In her petition, the model adopted that she is innocent while the decision announced by trial court is contrary to facts.

Hluskova has claimed that she came to Pakistan to work as a model and to learn Islamic Studies, and that someone put narcotics into her luggage.

Reports in local media suggest the Lahore High Court has issued official number 2832 to the Czech model on her appeal.

In November last year, a man was jailed for three years after he threatened terrorist attacks on Pakistan if Hluskova was not released.

PLZEŇ – A court in Czech Republic has sentenced a Bulgarian national to three years and four months in jail for ...

Ivanov admitted that he did not realise the consequences of sending the threats, a court heard.