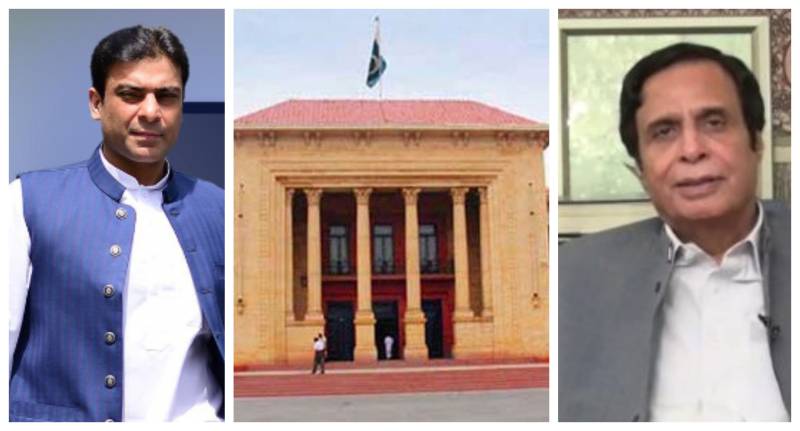 LAHORE – Punjab Assembly will elect its new leader of the House tomorrow (Sunday) as today's session was adjourned by the speaker.

Punjab Assembly secretariat said that the candidates will submit their nomination papers in today's session and voting schedule will be issued later.

On March 28, Buzdar had tendered his resignation after the joint Opposition filed a no-confidence motion against him in the Punjab Assembly.

The same day, Prime Minister Imran Khan had nominated PML-Q's Pervaiz Elahi for the post in an apparent deal to seek support against the Opposition’s no-confidence motion in the National Assembly.

The joint Opposition has nominated PML-N leader Hamza Shahbaz for the election of the chief minister and efforts are underway to woo the disgruntled leaders of the ruling PTI.

The Cheena Group within the ruling PTI has put its weight behind Chaudhry Pervaiz Elahi as the next chief minister of Punjab.

LAHORE — The Cheena Group within the ruling Pakistan Tehreek-e-Insaf (PTI) has put its weight behind Chaudhry ...

On the other hand, PML-N leader Ishaq Dar claimed that he had fruitful discussion with estranged PTI leader Jahangir Khan Tareen in London.

“Mutually concluded that #JKT_Group will support joint Opposition's candidate, Mr Hamza Shehbaz Sharif, for the slot of Chief Minister, Punjab,” he wrote on Twitter. He also appreciated the support of the JKT group in it.

On March 28, the joint Opposition had submitted a no-confidence motion against former CM Punjab Usman Buzdar in the Punjab Assembly on the basis of his poor performance.

The no-trust motion had been signed by a total of 126 lawmakers from the Opposition parties, said PML-N leader Rana Mashood, adding that 119 members have signed the requisition for a session.

“CM Usman Bazdar has lost the confidence of the majority of the House,” read the resolution.

LAHORE – The joint Opposition has submitted a no-confidence motion against Chief Minister Punjab Usman Buzdar in ...