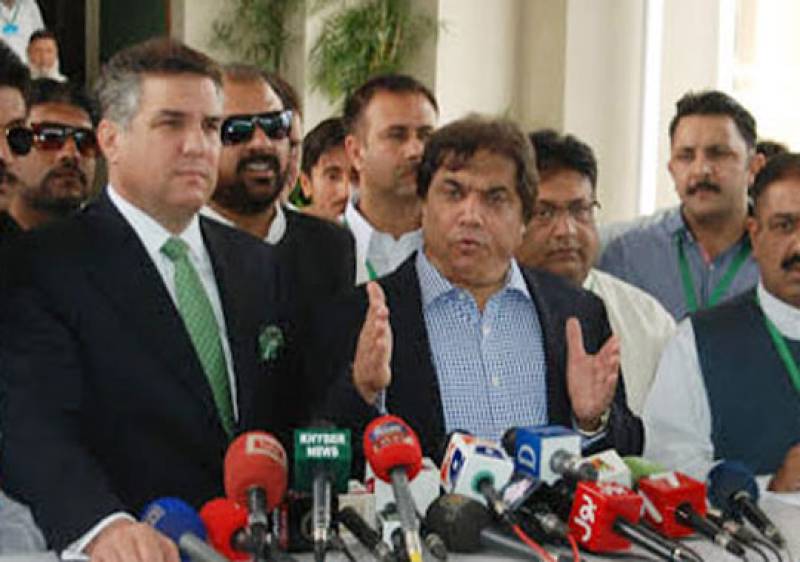 Talking to newsmen a day after Gulalai accused top PTI leadership of 'immoral character', the PML-N leader said Imran Khan must respond to the 'shameful' allegations of harassment levelled against him.

The Rawalpindi-based leader claimed that whenever any allegation was levelled against him, he clarified his position before media but Imran Khan was not ashamed.

"A grave allegation has been levelled against you (Khan) and you should have been ashamed, but you are not — because in the society that you come from, these matters are not considered shameful," said Abbasi.

"If these allegations are not investigated, we will believe that justice has died," he added.

The former law maker expressed that the Blackberry device from which the messages were sent should be investigated and the messages should be presented to the public.

Abbasi said that in 2013 he had urged the country not to let their 'mothers, daughters and sisters' attend the rallies of the PTI to 'protect them from this person.'

He said Khan should be ashamed for asking Gulalai to show the messages as proof and for telling her that she is not a Pakhtun.

"The daughters of the country are asking you to seek forgiveness," he maintained.

It is relevant to mention that Ayesha Gulalai, a legislator on reserved seat ditched PTI on Tuesday levelling serious allegations against Imran Khan and other party bigwigs.

She claimed that Khan "would forward inappropriate and explicit text messages to party women", claiming that she received the first such message in 2013.

Gulalai, who did not share any evidence with the media exclaimed that she had communicated her grievances to the party leadership but no action had been taken.

"Women workers are not respected in the PTI and a respectable woman worker cannot remain in the party," she said.

On the other hand, Pakistan Tehreek-e-Insaf leader Shereen Mazari refuted the allegations saying women enjoyed respect in the party.

Another legislator, Asad Umer while talking to ARY News disclosed that Gulalai wanted to acquire the ticket for National Assembly Constituency and after being refused by Imran Khan, she unleashed a tirade of scathing allegations.

Imran Khan has yet to respond to the allegations.