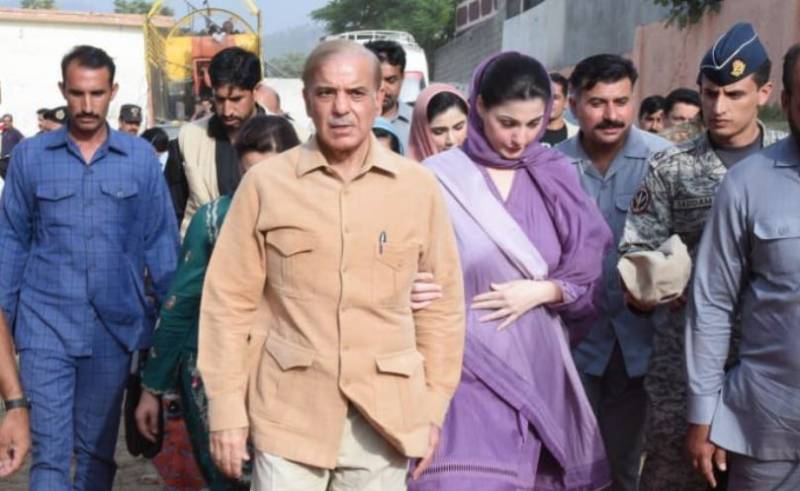 Shehbaz, the diligent administrator, also pledged to transform the northwestern region into Punjab in terms of development. He slammed former premier and PTI Chairperson Imran Khan for his flawed policies, saying the masses were facing inflation and unemployment because of PTI’s incompetence.

He called the PTI chief a man famous for ‘taking U-turns, telling lies and one who governs in a haphazard manner’.

Shehbaz revealed that the incumbent government has to jack up the petrol prices and electricity tariff with a ‘heavy heart’, saying the government also rolled out a subsidy plan for 80 million people.

PM slammed Khan for freezing petroleum prices after learning that his government's exit was imminent. He added that Khan laid a trap for the coalition government however he pledged to make Pakistan progressive again.

The PM put forward a choice to the people of KP telling them to decide that who is the saboteur and who is the builder.

Recalling his promise to provide cheap flour, PM said he is giving a 24-hour deadline to the Khyber Pakhtunkhwa chief minister Mahmood Khan to bring the flour price in his province to rate it is available in Punjab.

He reiterated selling his clothes to provide cheap flour to the people of Khyber Pakhtunkhwa.

PML-N Vice President Maryam Nawaz, who accompanied PM Shehbaz, also fired a salvo at PTI chief Imran. Maryam revealed that the former PM approached Nawaz Sharif ‘through his people’ for an early election in return for his offer to call off the long march.

Addressing the public rally, Maryam said the PTI chief used KPK resources against the newly installed government, adding that the march failed despite every attempt to make it successful.

She also hailed KP residents who refused to join the ‘anarchic’ long march of Imran Khan and lamented that the former prime minister squandered national exchequer to achieve his political ambition.

Helicopter and the large number of vehicles used by PTI were not private neither they belonged to Farah Gogi, a close friend of Imran Khan wife, saying they were the property of the people of KP, Gilgit Baltistan (GB), and Azad Kashmir.