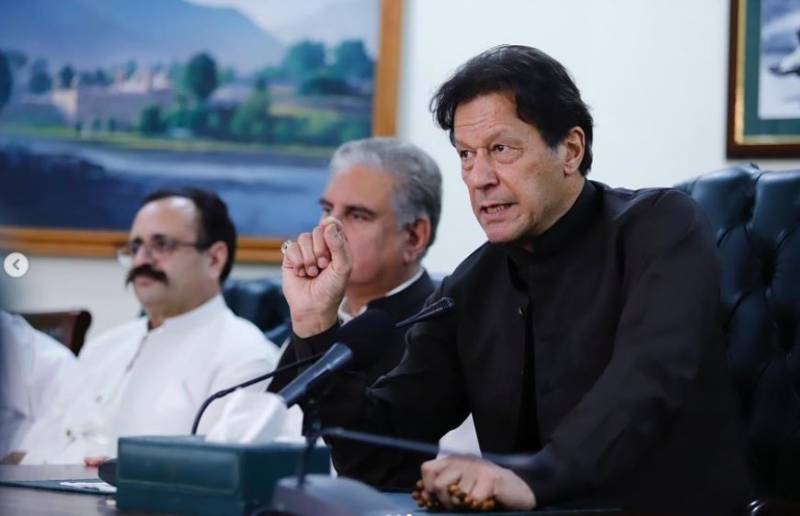 CHARSADDA – Pakistan Tehreek-e-Insaf Chairman Imran Khan has said that the coalition government is going to recognise Israel as President of the Jewish state confirmed meeting a delegation of Pakistani-Americans.

Addressing a party convention in Khyber Pakhtunkhwa’s Charsadda, the former PM refused to accept Sharif -led coalition government, reiterating that it was installed by foreign forces.

The firebrand politician said the new Pakistani government was ready to accept Israel as it would do anything that Washington asks.

He mentioned that pictures of a visit of a Pakistani delegation to Tel Aviv are doing rounds on social media, adding that an employee of Pakistan’s state-run television was also part of the visiting group.

Khan alleged that the new government will likely strike a deal with India so that it could sell Kashmiris. PTI was fighting the real war of liberation against those who looted Pakistan, saying Pakistanis will not accept these slaves of the United States.

He also addressed violent clashes between his party workers and the cops during the Azadi March, saying two of his workers succumbed while fighting for the ‘country's independence’. PTI chief also condemned the attack of deployed cops on the vehicle of former Punjab health minister Dr Yasmin Rasheed.

He also slammed the PML-N government for increasing the prices of petroleum products, saying the International Monetary Fund (IMF) is also controlled by Washington.

PTI chief also met PTI workers who were wounded during the long march to the country’s federal capital.

The former prime minister earlier gave an ultimatum to the incumbent government to announce the date for a new election within six days or face another big rally of people. He announced the end of the Azadi March while addressing party workers at Jinnah Avenue.