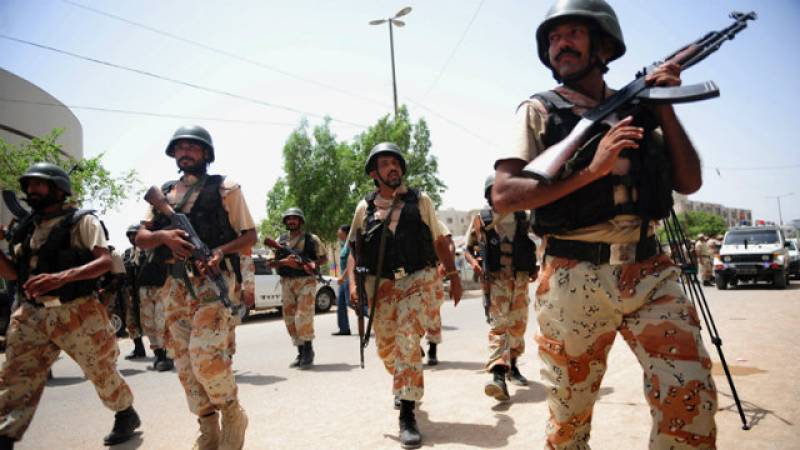 LAHORE - The city district administration on Saturday called in Punjab Rangers after several religious protesters blocked several entrances to Lahore - the Punjab capital - calling for an end to a crackdown against Tehreek-e-Labaik workers at Faizabad in Rawalpindi.

A spokesperson for the local Edhi ambulance said the service had been put on high alert and deployed to different areas across the city. 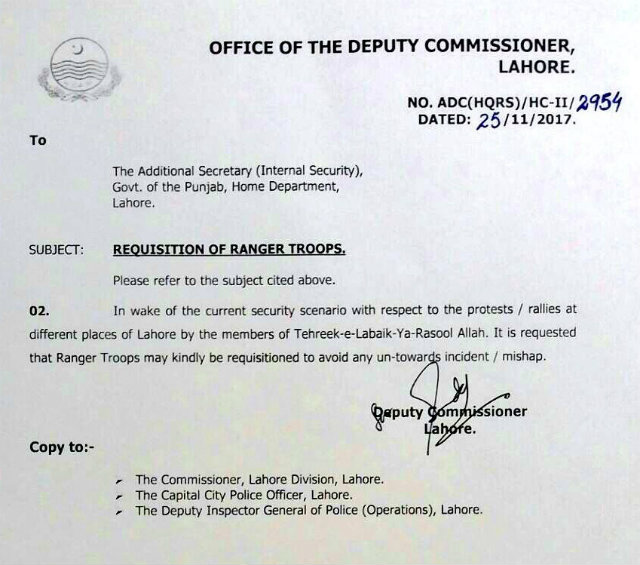 Islamabad police, with the help of Frontier Constabulary personnel and other law enforcement agencies, launched a grand operation on Saturday morning to disperse protesters who have camped out at the Faizabad Interchange since November 8.

Police used tear gas and water cannons and fought running battles with stone-throwing protestors, as they moved to clear a protest by the religious hard-liners who have blocked main routes into Islamabad for more than two weeks.

Meanwhile, the Pakistan Electronic Media Regulatory Authority (Pemra) ordered private television channels to go off air during the clash, besides blacking out social media. The suspension was ordered for violating media regulations showing live coverage of a security operation, a statement from the regulator said.