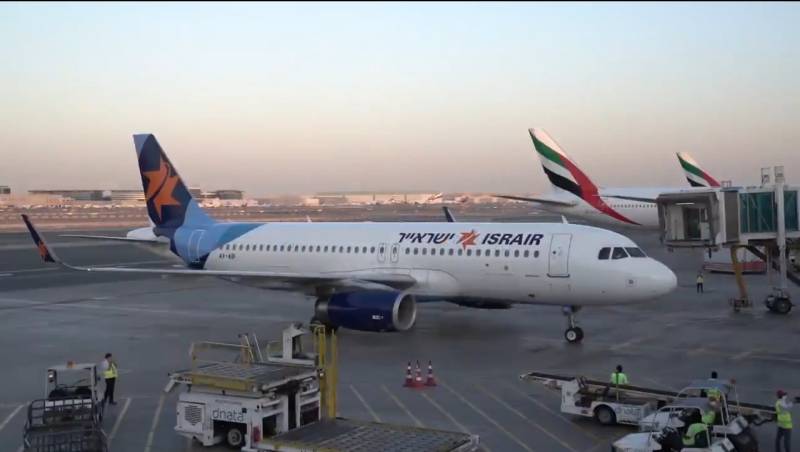 DUBAI – The first Israeli commercial flight to the United Arab Emirates (UAE) landed at Dubai International airport, flying over the Saudi Arabia, after getting exclusive permission from the Kingdom.

Israir Airlines’ flight 6H 663 flew from Tel Aviv at 10am local time and it touched down in Dubai at 5.10 pm UAE time on Tuesday with 166 passengers onboard.

.@DXB adds new member to its airline family with Israir’s inaugural flight from Tel Aviv. Israir will operate up to 14 weekly flights between #Dubai and Tel Aviv using its Airbus A320 aircraft https://t.co/wRu7bmg0af pic.twitter.com/VDxOYPDdK9

The permission from the Saudi Arabia has shorten the distance for Tel Aviv-Dubai flights by half.

The Israir’s flight took just over three hours, less than half the time it would take if the plan had to fly around Saudi Arabia.

The historic landing of first Israeli commercial flight marked a major milestone in ties between Israel and its new Gulf ally.

The premier responded that the flight was the “embodiment of peace.”

Riyadh did not grant permission for the plane to traverse Saudi airspace until Monday evening, raising concerns the flight would be canceled.

The permission was only approved after a flurry of diplomatic activity, including reported US intervention.

Israeli officials had reached out to Jared Kushner, US President Donald Trump’s senior adviser and son-in-law who is set to travel to Saudi Arabia this week, to press Riyadh on the matter, claimed international media.

Under the exclusive permission, it further said, the Israeli airliners can use the airspace only for flights to the UAE and not for other destinations.

In late November, UAE’s flydubai commenced direct flights to Tel Aviv, weeks after the Emirates and Israel signed the US President Donald Trump-brokered deal to normalise bilateral relations in September.

Alike Palestinians, Muslims around the world have widely condemned the Arab-Israeli handshakes.