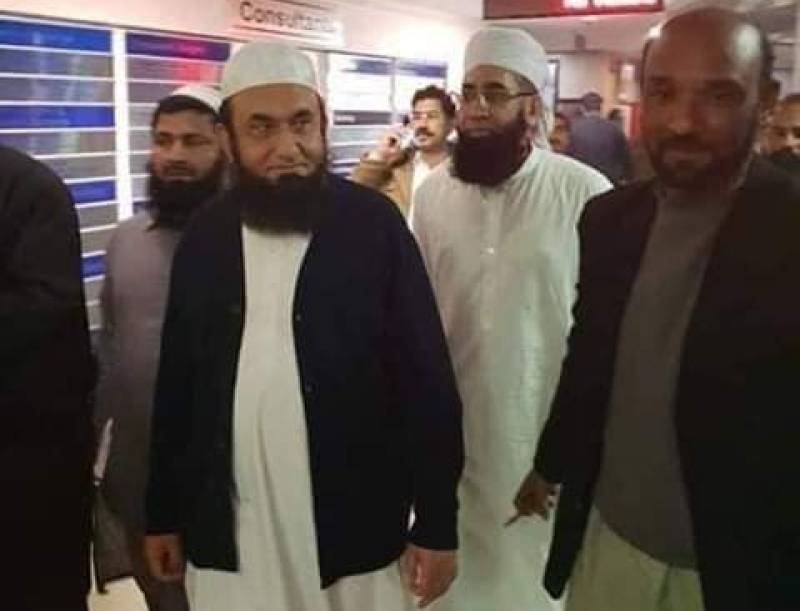 LAHORE – Renowned Islamic scholar Maulana Tariq Jameel, who underwent angioplasty yesterday, has been discharged from a hospital after recovering from chest pain.

The leading figure of the Tablighi Jamaat left the hospital Wednesday evening, a day after he was admitted to a private hospital in Lahore’s Johar Town for cardiac pain. Jameel underwent an angioplasty at the hospital and a stent was inserted in his heart to clear the blockage of arteries.

He will spend some days at the residence of his brother.

Speaking on the occasion, the Punjab governor said, "Maulana Tariq Jameel is a renowned religious scholar and an asset of the country."

Ch Sarwar said every devotee of Maulana Tariq Jameel was praying for his early recovery.

Maulana Tariq Jameel is globally famed for his scholarly debates and preaching of Islam. People across the world listen to his sermons and benefit from them.

He ranked No 40 on the list of the ‘World’s 500 Most Influential Muslims’, which describes him as a “prominent Deobandi scholar who is also one of the most popular preachers in Pakistan”.

“He belongs to the Tablighi Jamaat group and his lectures focus on the subject of self-purification, avoidance of violence, observance of Allah’s orders and pursuing the way of Prophet Muhammad (Peace Be Upon Him),” according to the Maulana’s profile on ‘The Muslim 500’.

ISLAMABAD - Pakistan Prime Minister Imran Khan has grabbed the 29th spot in the Top 50 of World’s Most Influential ...