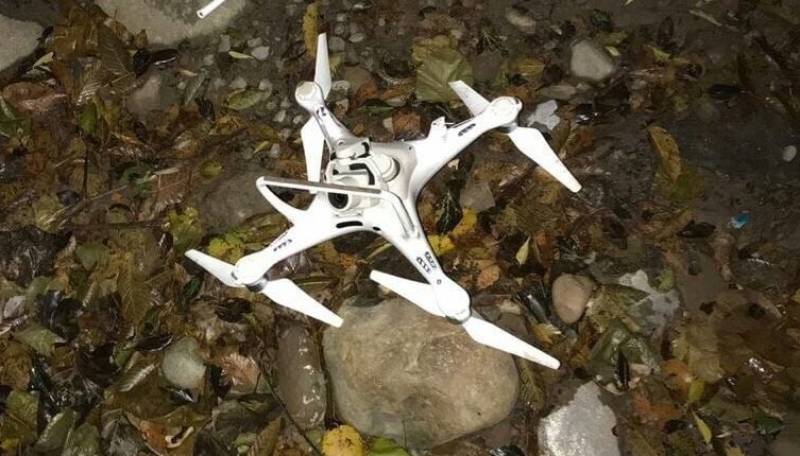 “Pakistan Army troops shot down another Indian spy quadcopter. Today in Satwal Sector on Line of Control,” Major General Asif Ghafoor, the head of military’s media wing, said in a tweet (including a picture of the downed aircraft) without giving give any more details.

It was the second Indian ‘spy drone’ shot down within a span of two days.

On Tuesday, army troops had shot down an Indian spy quadcopter in Bagh sector along the LoC. “Not even a quadcopter will be allowed to cross [the] LoC, In Shaa Allah,” the ISPR chief wrote on ISPR’s official twitter handle.

RAWALPINDI - Pakistan Army troops have shot down an Indian spy quadcopter in Azad Kashmir's Bagh Sector along Line of ...

According to military observers, the Indian military uses quadcopter for aerial photography of Pakistani posts along the LoC as part of its intelligence-gathering operations and target selection before carrying out cross-LoC shelling.