Pakistan calls for boosting international cooperation to wipe out terrorism 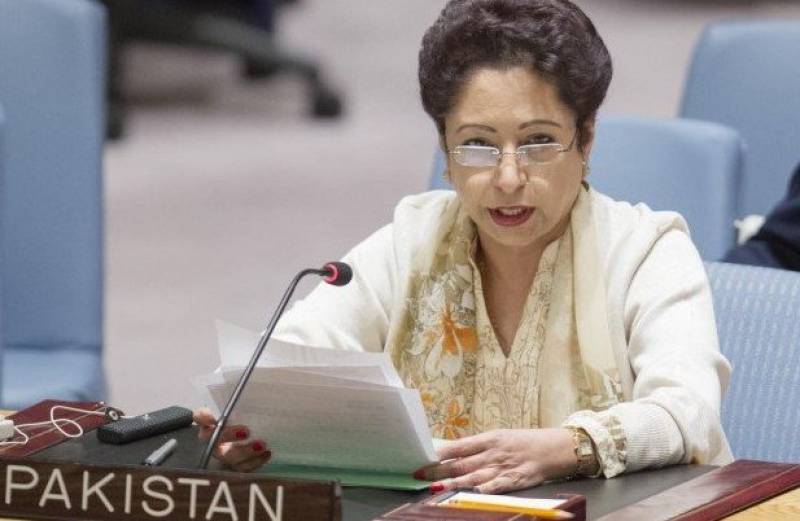 UNITED NATIONS - Pakistan has gained "tremendous success" in combating terrorism in recent years, but stressed the need for more international cooperation to eliminate the hydra-headed scourge from across the world, Ambassador Maleeha Lodhi told the United Nations.

"Terrorism and extremism remain among today's biggest security challenges, feeding off instability in many parts of the world and also fueling it," she said in the course of a thematic debate at the first-ever high-level United Nations Counterterrorism Conference at UN Headquarters in New York.

Ambassador Lodhi said the gains Pakistan had made in its counter-terrorism operations had come at a high human and financial cost but this had not diminished the country's resolve to fight on.

In his concluding address to the two-day conference, the UN chief told delegates from member states that he was committed to meeting the challenge of "keeping your citizens safe."

"We must fight terrorism together, with methods that do not compromise the rule of law and human rights," Guterres added.

In her remarks, Ambassador Lodhi pointed to the fact that the largest anti-terrorism operation anywhere in the world has been carried out by Pakistan, deploying over 200,000 of its forces. Pakistan, she said, was now consolidating its gains through long-term interventions and adopting an approach that goes beyond military means.

The magnitude and complexity of challenges today were truly imposing, she said but they also open up opportunities, which could be seized so long as "we reinforce and strengthen our ability to cooperate."

Pakistan, she pointed out, had organized the First Islamabad International Counter-Terrorism Forum in April which was attended by counter-terrorism experts, academicians, political leaders and religious scholars from around the world to strengthen regional and international cooperation.

Pakistan had also signed Memorandums of understanding with a number of countries aiming to strengthen international cooperation through sharing of information and expertise in the areas of countering financing for terrorism, cyber security, counter extremism and mutual legal assistance.

"We are also working on strengthening the capacities of counter-terrorism and criminal justice institutions in collaboration with the European Union," the Pakistani envoy said.

Pakistan had constituted a Task Force to review existing Border Control and Security System to align the domestic system with the Global Aviation Security Plan (GASP), she said.

The Task Force, she added, would develop mechanisms for international cooperation for identification and verification of financial profile of Foreign Terrorist Fighters (FTFs), as well as information sharing with foreign governments.

"As a global community, we need to acknowledge certain challenges that need to be overcome to consolidate and synergize our efforts in addressing this issue," the Pakistani envoy said, while stressing the need to have a secure and sustainable information and coordination mechanism in the field of cyberspace to prevent its abuse as well as the International Cooperation Mechanism to implement UN Security Council 2396 on Foreign Terrorist Fighters (FTFs) and devise strategies to address and develop common understanding of the root causes of terrorism and extremism.

Today's challenges were evolving in new and unpredictable ways, Ambassador Lodhi said, adding, "We need to work together and in unison on our capacity to evolve and adapt to meet them."