Pakistan needs to exert pressure on militants for Afghan peace process, reiterates US 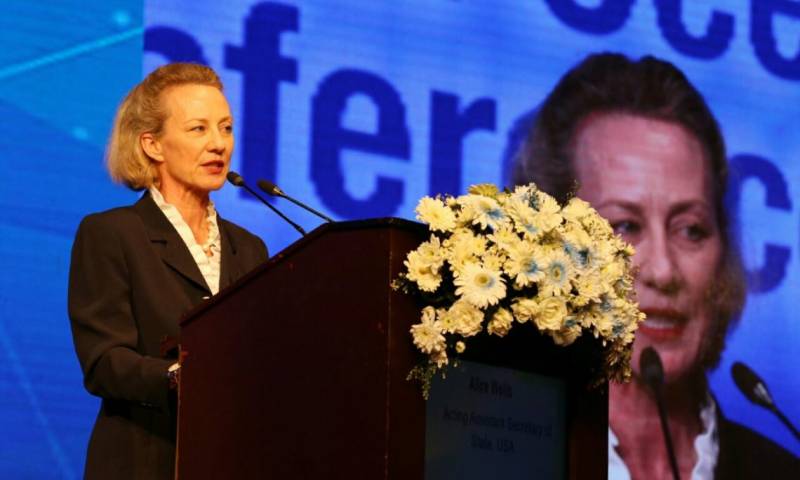 WASHINGTON - Calling on Pakistan to exert more pressure on the militants, the Trump administration has said that the Taliban's failure to engage in talks to end Afghanistan's nearly 17-year conflict was "unacceptable".

During a recent visit to Kabul, two weeks after a ceasefire triggered street celebrations, US envoy Alice Wells said that the ceasefire reaction creates this impulse for everyone to renew their efforts to find a negotiated political solution.

Wells, the principal deputy assistant secretary for the State Department's Bureau of South and Central Asian Affairs, told reporters that it's becoming simply unacceptable for the Taliban not to negotiate.

The Taliban have so far ignored President Ashraf Ghani's offer of peace negotiations. Instead, they have insisted on direct talks with the United States, which Washington has repeatedly refused.

One of the Taliban's key demands for engaging in talks is the complete withdrawal of foreign troops from Afghanistan.

Wells said that since the Afghan government and the United States were willing to start talking without preconditions, the onus was now on the Taliban to respond.

"Right now it's the Taliban leaders... who aren't residing in Afghanistan, who are the obstacle to a negotiated political settlement," Wells said.

Wells, who arrived in Pakistan on Monday, said Islamabad needed to do more to squeeze the Taliban and get them to the negotiating table.

"Pakistan has an important role to play... but we have not yet seen that sustained and decisive action on the part of Islamabad," she said, repeating the claims made by the Trump administration.

"It's going to be very hard for us to achieve our objectives... if Pakistan isn't working with us."

The White House has been ramping up pressure on Islamabad to crack down on extremist groups operating in the country after suspending military aid to Pakistan in January because of its inaction on the issue.

Pakistan has long been accused of supporting the Afghan Taliban and providing safe haven to its leaders - charges Islamabad denies while highlighting the successes made in the war against terror.

Pakistan, in return, has accused Afghanistan of sheltering the Pakistani Taliban.

Afghan security forces resumed offensive missions on Saturday after Ghani declared an end to an 18-day ceasefire that had been extended once.

The government's unilateral truce overlapped with the Taliban's three-day ceasefire for Eid, but the militants refused to prolong it.

There is increasing debate within the Taliban leadership over how to respond to the growing pressure to take part in talks, a Western official said.

"I think there are real opportunities now after 17 years of war and mounting international consensus to achieve the kind of talks and schedule that President Ghani laid out," the official said.