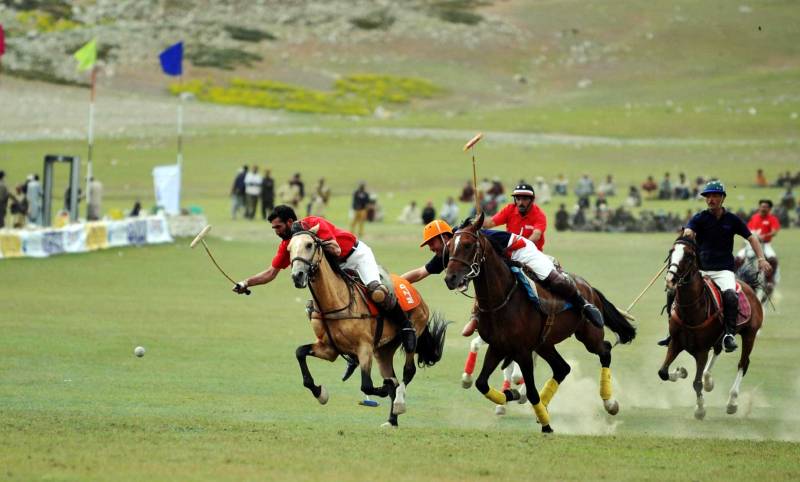 CHITRAL - Shandur Polo Festival 2018 will start from July 7 at the world highest Polo Ground in Chitral, after a couple of years the annual three-day event will entertain the visitors.

Annually thousands of visitors from across the world come to Chitral to watch the popular sport on world highest Polo Ground.

The Khyber Pakhtunkhwa Tourism Department will also arrange transport service from Chitral to Shandur to facilitate the visitors.

“The local cultures including music, and Chitral and Gilgit-Baltistan’s performing arts will be displayed besides setting up stalls and a tent village for providing boarding and lodging facilities for both foreign and domestic tourists,” a senior official of Pakistan Tourism Development Corporation (PTDC) told state-media.

They further said that PIA would also arrange special flights from July 5 to 12 to Chitral and a tent village will also be set up to facilitate the tourists; a tourism information centre, power generators, telephone and transport would be arranged for domestic and foreign tourists.

A Cultural show will be organized to entertain the tourists while paragliding, traditional dances of Chitral and Gilgit-Baltistan will also be organized.

This year, the number of foreign and domestic tourists is expected to be more than the previous years.

Shandur Polo Festival is one of the huge celebrations in Pakistan. Passion for Polo will be the most noteworthy on the world’s most elevated Polo ground. Each year, Shandur invites guests to encounter a conventional polo competition between the groups of Chitral and Gilgit, said President Sustainable Tourism Foundation Pakistan Iftikhar Rana.

Polo, the Game of Kings and the ruler of all amusements, are generally played in the Northern regions of Pakistan for throughout the hundreds of years, it has been played between the little kingdoms, towns and opponent gatherings for the choosing of the question among them and the losing group must be lost of the land, domain, or pay the overwhelming fine and a few circumstances demise discipline.

The free-form polo amusement has been rehearsing for the hundreds of years between the conventional opponent groups of Gilgit and Chitral each late spring month of July on the Shandur pass (3734 meters) the most elevated polo field on the planet.