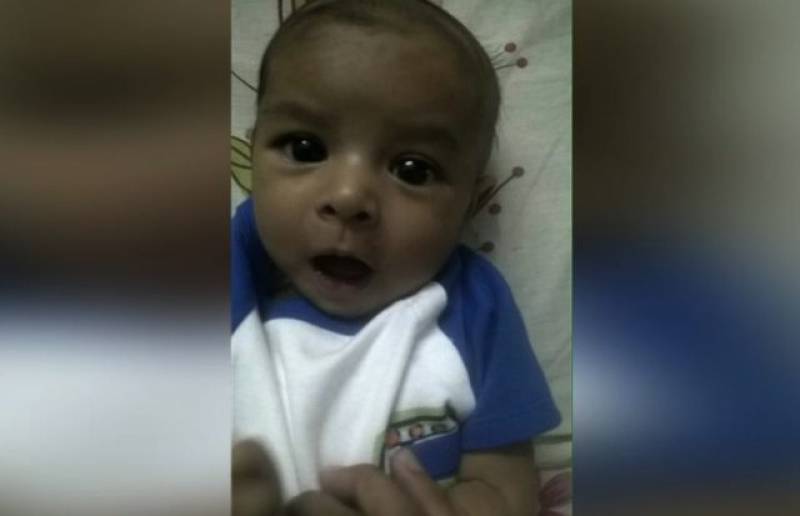 LAHORE - The Indian High Commission on Friday issued visas to an ailing two-and-a-half-year-old Pakistani baby boy and his parents after India’s Minister for External Affairs Sushma Swaraj promised they would be allowed to travel to the neighbouring country for treatment.

Earlier this week Twitter user, Ken Sid, a Pakistani national, reached out to Swaraj through the social media platform for a medical visa for his son, who has a heart complication which cannot be treated in Pakistan.

The family had been trying to get a visa for three months.

“He is my son. He does not even know what is happening between India and Pakistan,” Ken tweeted.

Swaraj responded after a large number of Indians urged the minister to consider his plea, saying: “No, This child will not suffer. Please contact Indian High Commission in Pakistan. We will give the medical visa.”

No. The child will not suffer. Pls contact Indian High Commission in Pakistan. We will give the medical visa. pic.twitter.com/4ADWkFV6Ht https://t.co/OLVO3OiYMB

“It is heartening to see humanity prevailing despite many differences. Thank you for your efforts. Humanity prevails! God bless everyone,” the child’s father tweeted.

It is heartening to see humanity prevailing despite many differences. Thank you all for your efforts.
Humanity prevails!
God Bless everyone!

The Indian High Commission has reportedly issued four-month medical visas to the family so that the boy may undergo heart surgery in India.

Indian hospitals like the Apollo in Delhi have previously reported receiving around 500 patients from Pakistan every month. Many of the unwell needed a liver transplant, which costs between Rs. 2-3 million. Pakistani patients also fly to the southern Indian city of Chennai, which is considered the center for any heart-related treatment.

In 2015, five-year-old Basma from Pakistan had been granted a visa to India for an emergency liver transplant surgery. There are now many tales like hers, sometimes with footnotes on how the travelling patients were helped financially by Indians.