Reham Khan's book, expected to contain 'revelations' about Imran Khan's life, to be launched next week 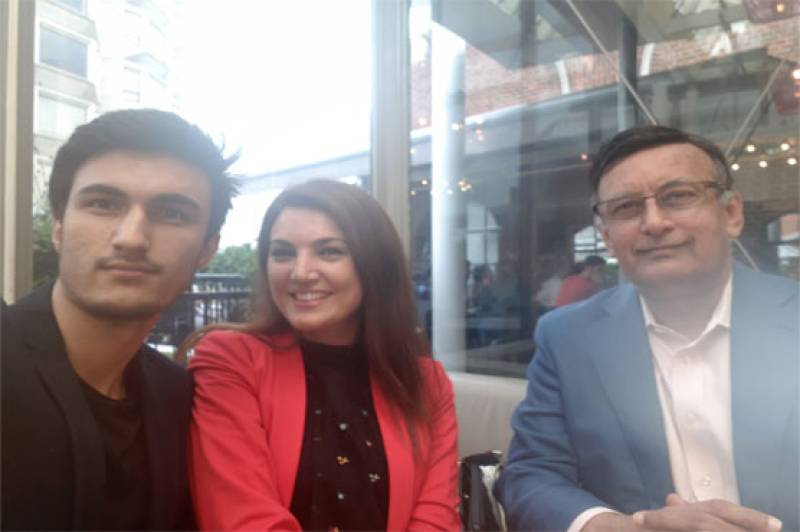 LONDON - Reham Khan, former wife of PTI chief Imran Khan, is all set to launch her book next week in London.

According to Morning Mail, Reham in her book put serious allegations against her former husbands Imran Khan and Ijaz Khan she is being criticized for disrespecting the trust worthy relationship between a husband and wife.

A Pakistani emigrant has also filed a petition against Reham Khan’s book content in a court in London, the newspaper report added.

The 45-year-old after taking divorce from Imran Khan had allegedly established relations with the PML-N through Ameer Maqam and Shahbaz Sharif and since she has been playing in the hands of the PML-N. As the ECP announced the final date of the elections, she also announced the launching of her book.

Credible sources said that the PML-N leadership has asked Reham to invite persons belong to different political parties in order to avoid stamp of PML-N on the book.

Expressing reservations over the book content, the overseas Pakistanis termed the book against the Islamic norms and traditions.

The sources said that the PML-N leadership and Reham Khan remained in regular contact before the completion of the book. "It is pertinent to mention here that after the Supreme Court ousted Nawaz Sharif, the Sharif family has high hopes from her book.

Commenting on this upcoming development, Actor and PTI activist Hamza Ali Abbasi took to Twittwer, Reham in her book has declared Imran Khan as the most evil man to walk on the face of the earth while Reham herself is the most pious, righteous (Tahajjud guzaar) woman ever and Shehbaz Sharif is an amazing guy.

Hamza Ali Abbasi further said that there is a big agenda behind the book and added that the timing of the publication of the book is also very important and significant.