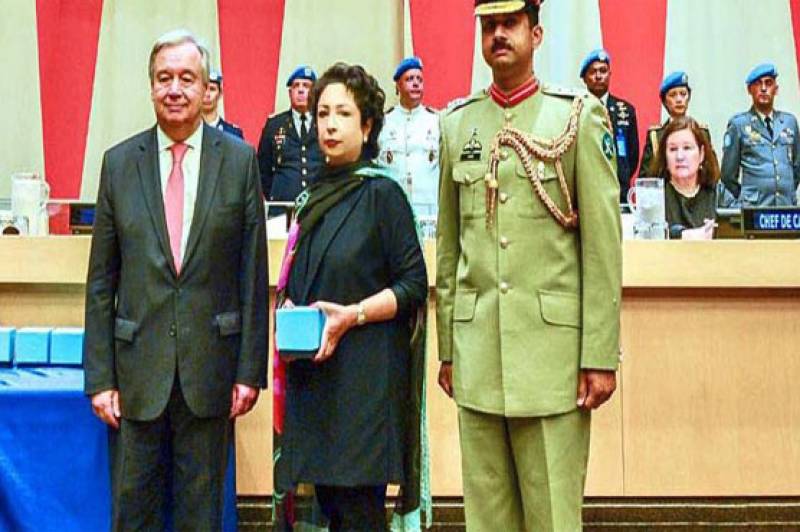 UNITED NATIONS -  The United Nations has honoured seven Pakistani soldiers who lost their lives while serving in the global body’s peacekeeping operations during the year 2017.

At a solemn ceremony on Friday, marking the annual International Day of Peacekeepers 128 military, police and civilian personnel from 38 countries were honoured including the one from Pakistan.

The UN awarded the Dag Hammarskjöld Medal posthumously to the peacekeepers who sacrificed their lives for the cause of peace.

RAWALPINDI - The United Nations has hailed role of Pakistani troops and civilian personnel who served in UN Mission in ...

At the 70th anniversary of the establishment of UN Peacekeeping, the Secretary-General of UN, Antonio Guterres termed this as a proven investment in global peace, security and prosperity.

Pakistan is a peace loving country contributing to global peace efforts, said the military head in his statement.