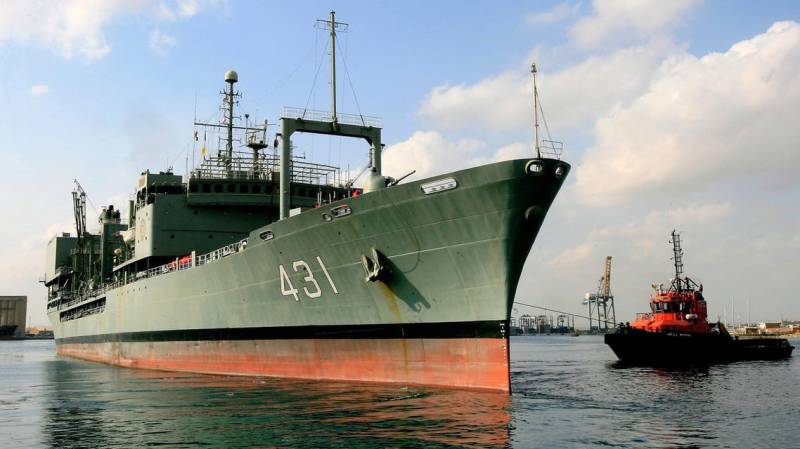 According to the Iranian Navy, efforts failed to save the support ship, the Kharg, after it caught fire in the wee hours.

The training vessel sank near the Iranian port of Jask near the Strait of Hormuz — the narrow mouth of the Persian Gulf, IFP news reported.

Photos and videos circulating on social media show sailors wearing life jackets jumping off the ship as a fire continue to engulf the vessel.

Iran’s state TV referred to the Kharg as a “training ship.”

#Iran - The largest ship in the Iranian navy sinks after it caught fire in the Gulf of Oman under unclear circumstances.
📹 pic.twitter.com/RLCn7s7XTf

The Kharg was one of a few vessels in the fleet of Iranian navy capable of lifting heavy cargo besides serving as a launch point for helicopters.

The cause of the fire is yet to be ascertained.