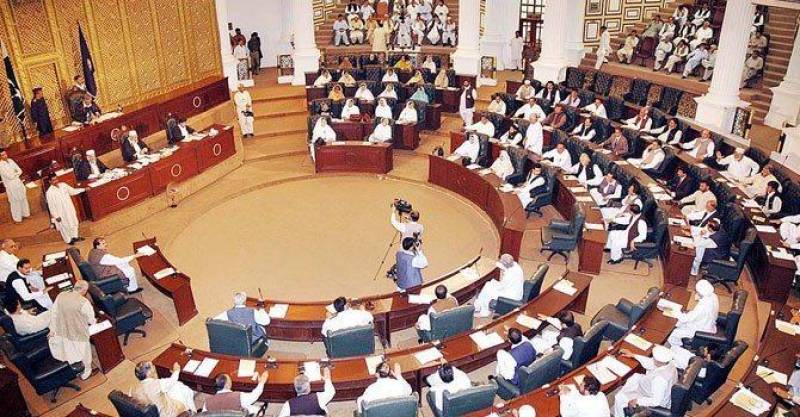 PESHAWAR -  Moralists in Pakistan had long been crying that the night packages offered by the mobile phone companies are “a bad influence” on the society. On Thursday the debate made it to Khyber Pakhtunkhwa Assembly.

The resolution was presented by Jamaat-e-Islami member Rashida Rifat in the provincial assembly, which met with speaker Asad Qaiser in the chair.

The resolution stated that the night packages were spoiling the students as the youth indulged in unhealthy activities through these packages. The resolution was passed unanimously.

Similarly, resolutions of the PML-N member Amna Sardar and PPP MPA Sanaullah about the right to vote for overseas Pakistanis and inclusion of a chapter about the life of Abdul Sattar Edhi in the curriculum were also passed.

Meanwhile, the speaker assured MPA Fazl Ghafoor that he would take up the issue of security forces personnel attitude at checkpoints in the city.

Meanwhile, the provincial assembly also passed a bill regarding job security of government employees. The bill was presented by Zireen Zia. Health minister Shehram Tarkai assured support for the bill and said that such laws would improve the performance of the health department.

Meanwhile, a draft bill has been prepared by women legislators of the Khyber Pakhtunkhwa Assembly, stipulating curbs on lavish spending on wedding functions in the province.

According to reports, the draft bill is titled ‘Khyber Dowry, Bridal Gift and Marriage Functions Restriction Bill, 2017. All arrangements related to wedding including gifts and functions should not cost more than Rs 75,000, the bill says. The violation of the law could trigger action against parents and elders of bride and groom. The bill states that only soft drinks will be served in receptions separately organised by the families of groom and bride, while valima reception will have only one dish.

Anyone opposing/violating the new rule, once legislated, will face up to 3-month imprisonment and Rs 2 lac fine or both.