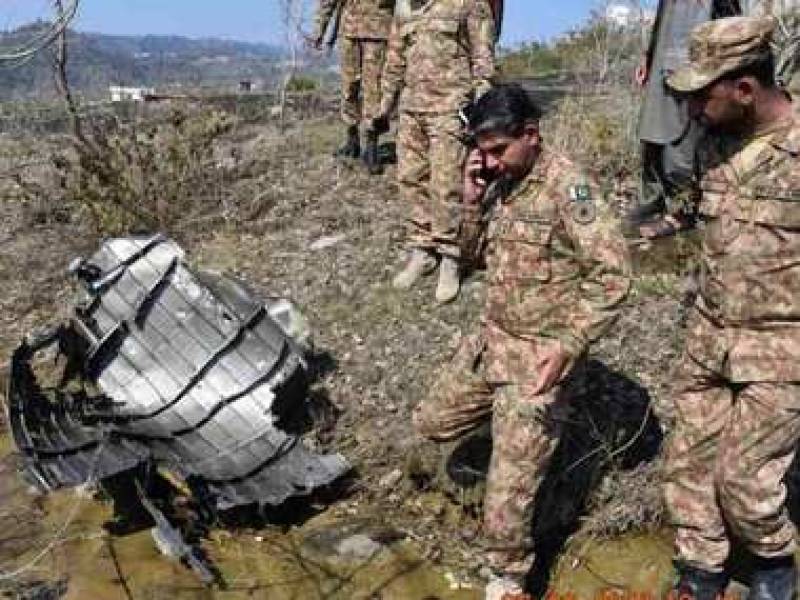 ISLAMABAD - Indian media seems to be defying basic norms of journalism in its bid to outsmart Pakistan as another story about the death of a Pakistani air force pilot Shahaz ud Din has turned out to be an outright lie.

The publication claimed that Sahhaz was engaged in a clash with Indian Air Force fighter jet and was shot down near Nowshera city of Khyber Pakhtunkhwa before being lynched to death by hsi countrymen who mistook it for an Indian pilot.

Firstpost - without cross-checking the story - also claimed that Shahaz was son of Waseem-ud-Din, also an Air Marshal of the Pakistan Air Force.

However, the ground realities negate what Firstpost narrated in its story.

A Pakistani social media user, who goes by the name Haadea on Twitter and happens to be a family friend of the mentioned air force officer Waseem-ud-Din, cross-checked the incident which finally turned out to be unfounded and baseless.

Haadea confirmed that Waseem-ud-Din was in actual deputy Chief of Air Staff who retired years ago and none of his sons were in the armed forces of Pakistan.

LOL I actually know Air Marshal Waseem Ud Din (deputy Chief of Air Staff), we’re family friends, he retired years ago and none of his sons are in the forces hahahahaha THE LIES https://t.co/zCTl0kmtiV

In another tweet, the social media user shared a screenshot of a conversation with one of the sons of Waseem ud Din, Aleem and confirmed that there was no truth to the news story.

Here’s a conversation with his REAL SON Aleem who is alive and well and SO IS HIS BROTHER LOOOOOL pic.twitter.com/x0h8qAlp1B

Interestingly, the names of sons of Waseem ud Din are Waqar and Aleem who don't even live in Pakistan- contrary to what Indian media claimed that the deceased pilot was named Shahaz ud Din.

his sons are aleem and waqar :) both are alive and well and neither of them are in the forces hahhhaha yaar tum log jhoot hee bolte raho

The name Shahaz ud Din also contradicts the Indian propaganda as boys in Pakistan are either named Shahab or Shahzad. A simple Facebook search of the name shows no profile against such entry, confirming that the name was self-generated.

Moreover, what confirms the invalidity of so-called lynching by Pakistani public is the fact that pilots don official uniform during such an operation and with that distinctive uniform, how can the citizens confuse a Pakistani pilot with any Indian airman.

Pakistan Air Force shot down two fighter jets of Indian Air Force on Wednesday after they violated the Line of Control.

Pakistan also captured an Indian pilot Abhinandan alive who was released on Friday as a gesture of peace.

In a bid to deflect the criticism and downplay the apparent defeat of the Indian armed forces at the hands of Pakistan, the Indian media coined the story of a crash of F-16 fighter jet, though the spokesman of Pakistan's military, Major General Asif Ghafoor clarified that Pakistan did not even use its F-16 fighter jets during the recent clash.