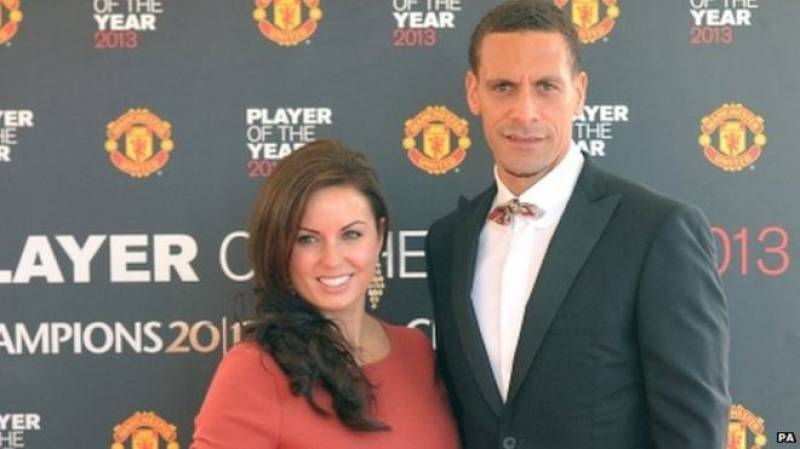 The QPR defender, 36, released a statement saying his "wonderful wife and soul mate" Rebecca Ellison had "passed away peacefully" at a London hospital.

In a statement, Ferdinand said she died on Friday night.

"Rebecca, my wonderful wife, passed away peacefully after a short battle with cancer at the Royal Marsden Hospital in London," the footballer said on QPR's website.

"She was a fantastic loving mother to our three beautiful children. She will be missed as a wife, sister, aunt, daughter and granddaughter. She will live on in our memory, as a guide and inspiration.

"Myself, my parents Janice and Julian, along with Rebecca's parents Lesley and Stephen, would like to thank our families, friends and my club colleagues who have rallied around in these desperate days, weeks and months."

Ferdinand thanked the staff who treated his wife at the south London hospital, adding: "I would also like to express my gratitude for the dedication and expertise of the staff led by Professors Johnstone and Clarke at the Royal Marsden.

"Their valiant efforts to prolong Rebecca's all-too-short life will not be forgotten."

Messages of support have been posted on Twitter from the world of football.

Former Manchester United goalkeeper Peter Schmeichel wrote: "Really sad news that Rebecca Ellison, the wife of Rio Ferdinand has passed away. My condolences to Rio, their children and the family. RIP"

BBC presenter and former England captain Gary Lineker tweeted: "Thoughts are with Rio Ferdinand and his family. How dreadfully sad."

QPR's players will be wearing a black armband for the match against Liverpool at Anfield later.

In a statement, the west London club said: "The thoughts of everyone at Queens Park Rangers Football Club are with Rio and his family at this immensely difficult time."

Ferdinand, who grew up in Peckham, south-east London, was capped by England 81 times and has also played for West Ham United and Leeds United.