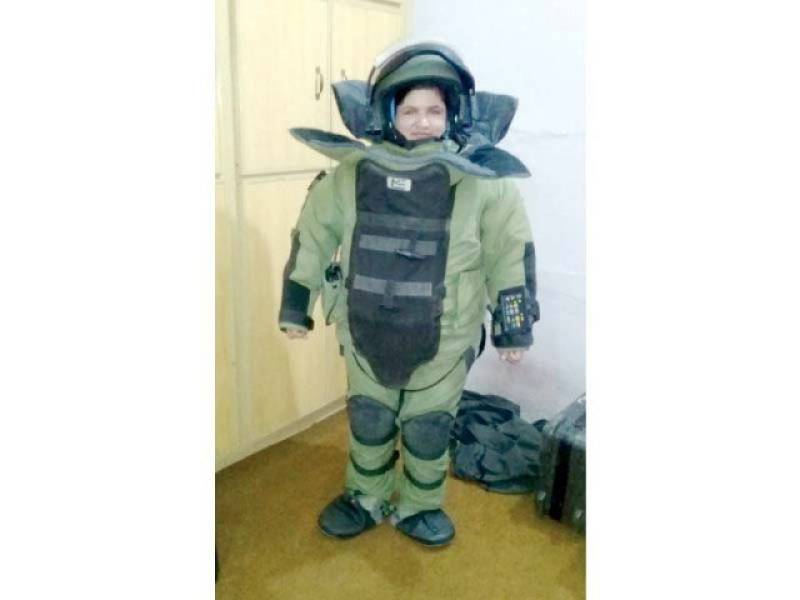 ISLAMABAD - A Pakistani woman constable has joined the bomb disposal squad of the country, becoming the first-ever woman to do so.

Atia Batool took up one of the most dreaded jobs of a bomb disposal expert and will be part of a six-member Rawalpindi Bomb Disposal Squad (BDS) after completing a four-week course under the supervision of American experts.

During her training, Batool will learn to defuse IEDs and suicide jackets besides identifying the nature of blast and material used in any explosive device.

According to well-placed sources, recently appointed CPO Afzal Ahmed in Rawalpindi had suggested appointing a lady constable in the squad following which SSP Operations Muhammad bin Ashraf asked officers to send a list of policewomen willing to take up the daunting job.

Batool, who was serving as a constable at women police station, was among the shortlisted candidates following which she was sent to Sihala to train under BDS in-charge Waqar Hussain.

Head Constable Waqar Hussain had been deputed at Police Training College Sihala. Two more officials, Qadeer Ahmed constable and Sadaqat Ali constable were added to the bomb disposal squad but Batool would be the first-ever lady to don the bomb suit.