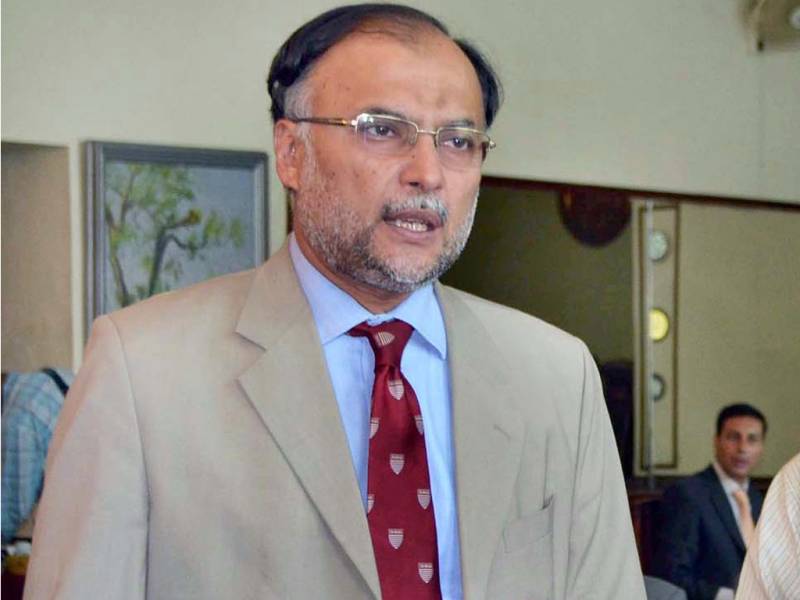 LAHORE - The Lahore High Court has ordered Interior Minister Ahsan Iqbal to physically appear before it in a contempt of court case.

Hearing a petition filed by a citizen Amna Malik, a three-member bench headed by Justice Mazahar Ali Akbar Naqvi issued notice to Iqbal and ordered him to appear before the bench on May 7th.

The petitioner in its plea had stated that the minister used derogatory language against the honorable judiciary in one of his speeches.

"Despite the court orders, Ahsan Iqbal’s anti-judiciary speech was broadcasted on television channels," argued the petitioner.

The speech in question was made by Ahsan Iqbal on April 25th, wherein he had asked the top judge, Mian Saqib Nisar, to charge-sheet him instead of hurling allegations.

The speech which was widely shared on social media was hailed and criticised as the minister had said in a point-blank statement: Enough is enough.

The lawmaker took a strong exception to the remarks of the chief justice and opined that the top judge was not authorized to abuse [him].

‘If judges are patriotic, so are the politicians’ remarked the minister and added that he had done politics with respect and sanctity throughout his life.