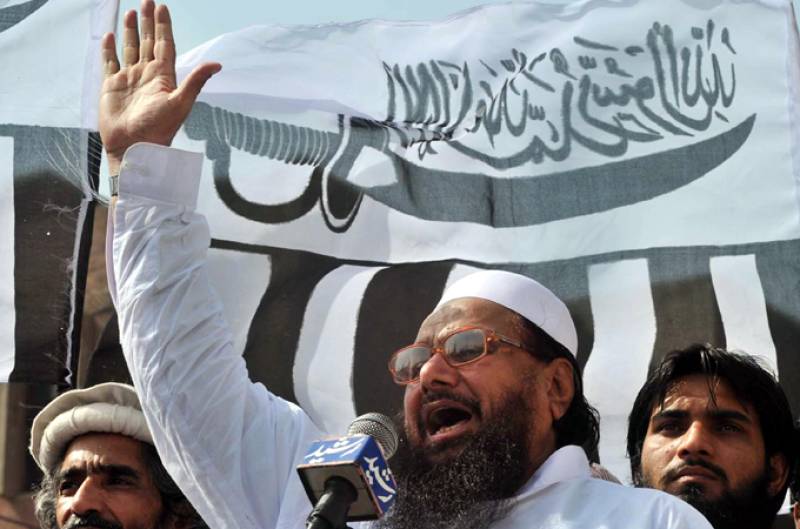 ISLAMABAD (Web Desk) - The government of Pakistan has put a ban on the coverage of Jamaat-ud-Dawa after the outfit was added to the international list of terrorist groups.

According to the Interior Ministry, the decision to ban the coverage of Jamaat-ud-Dawa (JuD) was taken following the inclusion of the outfit’s name in the United Nations’ (UN) list of terrorist organisations.

The United Nations says the organisation is a "deadly militant group" which is blamed for a bloody 2008 attack on the Indian city of Mumbai.

JuD head, Hafiz Saeed, has been facing charges from India for allegedly masterminding the Mumbai attacks of November 11, 2008 in which over 160 people were killed and hundreds others injured.

In June last year, the US declared JuD an affiliate of Lashkar-e-Taiba, which is a proscribed outfit. The Washington also announced head money of 10 million dollars for Hafiz Saeed.